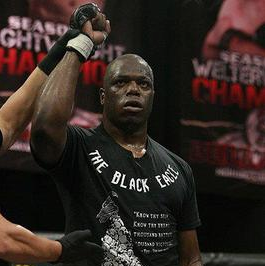 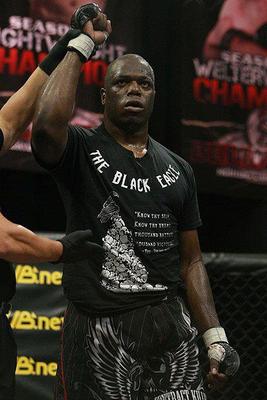 Before Richard Odoms tries to improve to 12-3 against William Hoffmann at LFA 6 Friday night live on AXS TV, the Texas heavyweight caught up with ProMMANow.com.

How did you find MMA in the first place?

MMA kind of found me. I was going to get on at the police department. Becoming a police officer was a goal for me as a child, since you needed to be fit, that got me into martial arts. I did end up becoming a police officer. But I also got involved in tae kwon do. From there it widened into other things – kickboxing, Olympic-style tae kwon do, boxing, and then mixed martial arts.

Why have you stuck with MMA for so long?

I‘m in the game. It’s more like life. You have ups and downs. You have to roll with them to stay in the game. I’m interested in maintaining and improving others around me.

Do you ever think about where you’d be if not for MMA?

Not really. It’d be kinda crazy. I don’t know where I’d be.

How are you feeling going into this upcoming fight, with one of the sport’s best regional promotions?

This Legacy fight just kind of fell into my hands. I didn’t expect it to happen like this. I didn’t expect to sign with the World Series of Fighting. With that being said, I came down, WSOF was good with it, and right in my home town? Shoot, why not?

Does fighting at home add any pressure?

It’s just business as usual for me. I think I’m over the TV exposure, over it being a big show, things along those lines. It’s just me going in there and stepping into the cage against another man, testing out who happens to be better on that night. That’s what it boils down to.

How do you see this upcoming fight playing out?

What are your current goals with mixed martial arts?

I just like competing. As long as I’m able to compete at a high level and not take any long term damage, walking around crippled – I’m probably going to be competing forever. Short term, my goal is to get into the UFC.