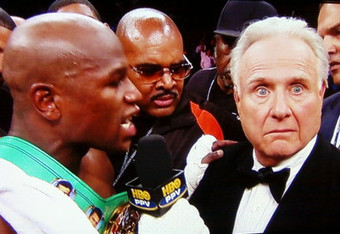 Every MMA fan knows Conor McGregor is the biggest name in the UFC and draws the highest pay-per-view numbers in history. But don’t tell Floyd Mayweather that, because the boxing legend insists he’s the biggest star in the UFC cause they can’t keep his name out their mouth.

Mayweather goes on to tell BT Sport he’s still the biggest name in boxing as well. However, he also states the most exciting boxer who is currently actively competing is Gervonta Davis, who will be defending his IBF super featherweight title against Liam Walsh in May.

Is this McGregor vs. Mayweather fight ever going to happen or not? Mayweather said he was signing the contract for it last night so stay tuned.