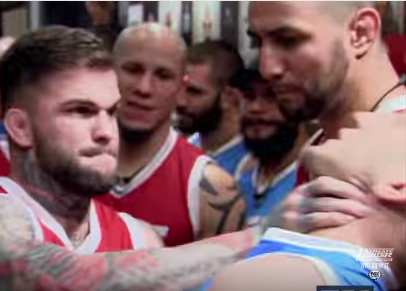 The new 25th season of The Ultimate Fighter reality series, “Redemption”, will premiere on FS1 on April 19th. UFC bantamweight champ Cody Garbrandt and former Team Alpha Male teammate (and former champion) TJ Dillashaw will coach 14 fighters from past seasons who are trying to make their way back to the UFC. Garbrandt and Dillashaw have a known rivalry and their dislike for one another may be just what is needed to get fans to tune in. This new clip which shows Garbrandt snapping during an argument and choking Dillashaw definitely has piqued our interest! What about you?