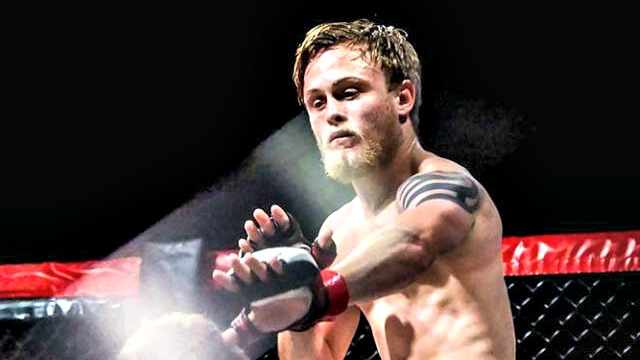 Before Shane Shaffner tries to improve to 5-0 at Valor Fights 41 on March 18 in Elizabethton, Tenn., LIVE on FloCombat, the former Middle Tennessee State University All-American wrestler caught up with ProMMANow.

After such a successful wrestling career — including being named an All-American at Middle Tennessee State University — why did you transition to MMA?

When I first started going to MTSU, we actually practised out of a fight school. After wrestling, I just transferred over because I had met quite a few of the people at the school and had become familiar with them. I’m about two years in now, and I’m currently 4-0.

Why do you think you’ve been so successful so far?

I would say it has a lot to do with my coach, who is phenomenal, and I’ve got some pretty great  training partners. Plus I competed for 10 years as a wrestler, which is a lot of mat time and experience that most fighters just don’t have. I’ve competed on big stages at the national level, and I think that experience goes a long way, I guess.

How excited are you for this upcoming bout at Valor 41?

Oh, I’m very excited. There’s a lot going on with this fight. If I win, I go to nationals. That’s huge. That being said, you take it one fight at a time. I’m preparing for it just like I’ve prepared for all the rest of my fights.

How do you see this one playing out?

I see myself winning, of course. In MMA, you can try to make all the guesses for how it ends, but you never really know. It all depends on what your opponent gives you, you know? I definitely see me winning; I don’t think this guy has anything for me.

What are your goals as an MMA fighter?

You know, I really just like to fight (laughs). I don’t really have any big-time goals; I’m not even 100-percent sure I’m turning pro. Like I said, I’ve only been doing this for two years. I’m going to see what I can accomplish as an amateur, then we’ll see what develops, we’ll see what clicks.