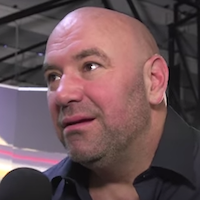 UFC President Dana White broke the news on SportsCenter today that Georges St-Pierre was returning and would be facing Michael Bisping for the middleweight title. St-Pierre was the longtime reigning welterweight champ when he abruptly left the sport in 2013 following a close split decision win over Johny Hendricks. White discusses why GSP decided now was the time to return and why a move up to middleweight made the most sense at this point.

A kickoff press conference for Bisping vs. St-Pierre will be held Friday, March 3, prior to the UFC 209 weigh-ins.