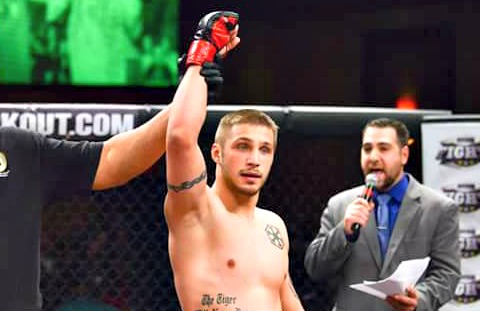 Before Gary Balletto Jr., returns to action against Chris Torres at CES 42 on March 31 in Lincoln, R.I., the up-and-coming welterweight contender caught up with ProMMANow.com.

What are you thoughts on coming back and starting 2017 off with a bang on March 31 for CES?

I’m ready to go. I took off the January card to give myself some time to enjoy the holidays and not have to cut the weight and be miserable and stressed through it. I had the time to gather all of my priorities for the year together and get ready to go, so this March card has the perfect timing.

Do you know much about your opponent?

No, I don’t, actually. There’s not much about him online. He has a 2-2 amateur record in New York and he’s going to make his pro debut. There’s only a single fight tape that I’ve seen of him and it’s old and outdated. You know, I’m always prepared for anything — my style is very universal and I try to be able to adapt to anything in front of me.

Do you think people are surprised to see that you’re such a well-rounded mixed martial artist rather than strictly a boxer that a lot of people may have falsely assumed about you because of your father, former professional boxer Gary Balletto?

Oh, absolutely. My father’s reputation casts a big shadow over me, and because of his strong fanbase that carried over to support me. They all expect a boxer, and expect me to avoid the grappling but I’m not going to avoid the grappling. That’s something most people don’t know — I’ve grappled since I was ten years old and started jiu-jitsu, wrestling, and judo — it’s all a strength to me as much as boxing.

That being said, are you going to submit this guy or knock him out?

I go in and I analyze what he’s doing and I keep an eye on his movements. If he steps the wrong way, makes a mistake, gives me an angle — he’s going to get hit real hard. If he leaves an opportunity for a throw, that’s going to be where it goes. I’m not exactly planning on submission or knockout but I can tell you something, I’d always rather get the knockout.

What would you like to accomplish in 2017 if everything goes perfectly?

I don’t have too high of expectations. I want to get in there for at least three fights this year, maybe four, all solid victories, and start making bigger plans for 2018. I have to make up that experience before I can start doing call-outs or making bigger moves. So this year is all about building my record and experience level.