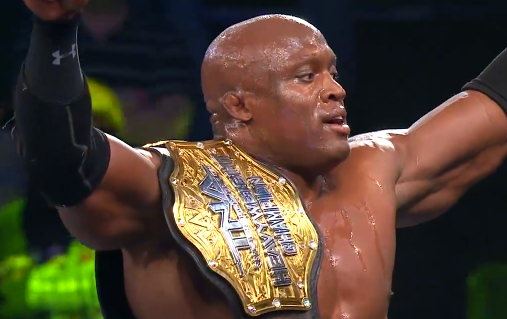 Bellator MMA heavyweight fighter Bobby Lashley spoke with The Sun and stated he wanted to fight Fedor Emelianenko and believe it or not, the Beast Incarnate himself Brock Lesnar.

According to Lashley when Bellator put together Emelianenko versus Matt Mitrione and it fell through Bobby wanted in. Scott Coker, Bellator’s face, stated that he didn’t know about it or the desire to fight Lesnar. Something tells us Coker would put Lashley and Fedor across the cage because it would put eyes on television sets for sure. Here’s what Lashley had to say about his efforts to make that happen.

I told him I have been calling and I want something. They’re both big paydays and I am not getting younger but right now I am in great shape.

Only time will tell about Emelianenko vs. Lashley, but with Lesnar retiring from MMA after a failed drug test we highly doubt that would happen.