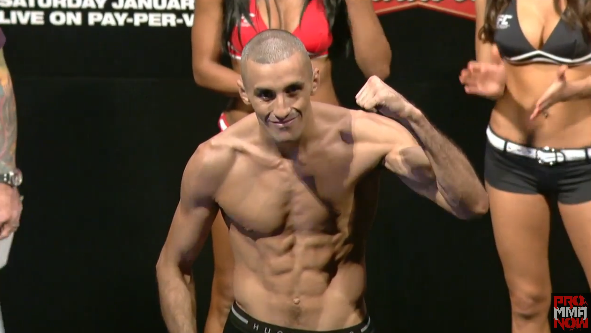 Former UFC fighter Terry Etim was reportedly involved in a serious bus accident on Wednesday. The accident occurred in Liverpool, England. According to reports 31 year old “threw himself into traffic” with no explanation and then was restrained by police. It is being reported that other vehicles were involved, but as of right now we do not have reports of anyone else involved sustaining injuries. He’s currently hospitalized in serious condition.

I went out and helped to restrain the man in a nearby car park, but he wrestled his way out from the people that were holding him down. He had blood all over him and I got a lot of it on my hands as I tried to hold him down. His friends were saying he was a professional cage fighter.

More as it develops.