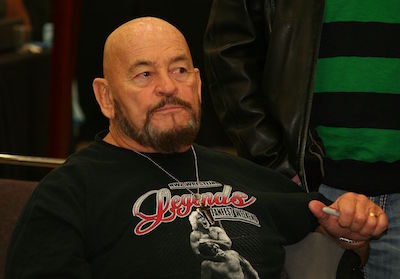 WWE fans have lost another pro wrestling legend. It was just yesterday we reported about the passing of George “The Animal” Steele, and now we’re sad to learn that “The Russian Bear” Ivan Koloff (real name Oreal Perras) has also passed at the age of 74. Kolov reportedly died of Hepatocellular carcinoma, a type of liver cancer.

WWE is saddened to learn that Ivan Koloff, best known to the WWE Universe as one of Bruno Sammartino’s most bitter rivals, has passed away at age 74.

Koloff, nicknamed “The Russian Bear,” quickly became a primary rival to one of the most beloved WWE Champions of all time, Bruno Sammartino. In an infamously memorable instance in WWE and Madison Square Garden history, Koloff crushed Sammartino’s throat with his knee by jumping off the top turnbuckle. This act on Jan. 18, 1971, allowed “The Russian Bear” to cover the WWE Hall of Famer and score an astonishing three-count to become WWE Champion, ending the Italian powerhouse’s record-setting seven-year title reign.