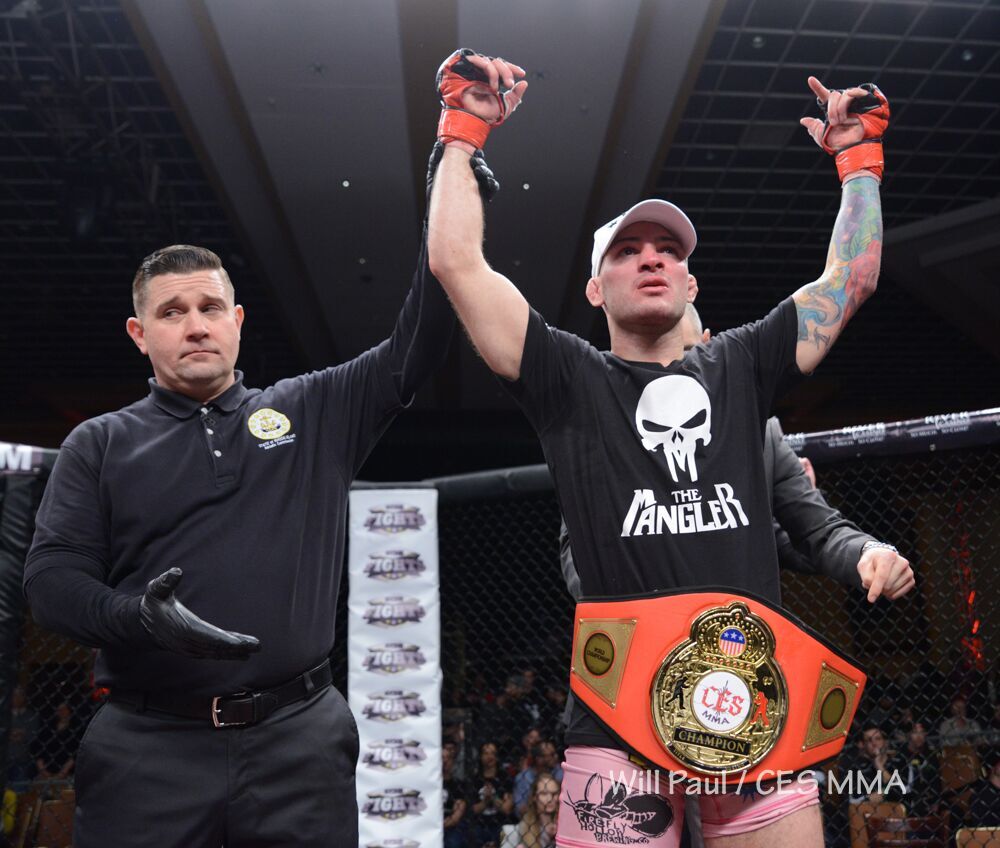 After recently defending his Featherweight Championship with a third round knockout of Kevin Croom in the CES 41 main event LIVE on AXS TV Fights, Matt “The Mangler” Bessette spoke with Pro MMA Now.

What are your thoughts on how Friday night played out, when you defended your CES MMA Featherweight Championship for the first time, live on AXS TV Fights?

I’m really happy with how the fight went. I didn’t want to take any damage, so I wanted to be more mobile. I give myself an A — not quite an A-plus — and I’m OK with that (laughs).

What’s better, winning the title or defending it?

The first time, I felt like I was supposed to win. I didn’t have the same type of motivation before or during the fight. I was happy to win, but I was supposed to win. Kevin Croom, I feel, is a step up from Joe Pingitore, at least on paper. Joe is a killer and I don’t want to take anything away from him at all. But fighting Kevin Croom, I felt I was fighting at my level. Whenever I fight someone who’s on my level, or above me, I always rise to the occasion.

If Dana White is reading, what would you like to tell him?