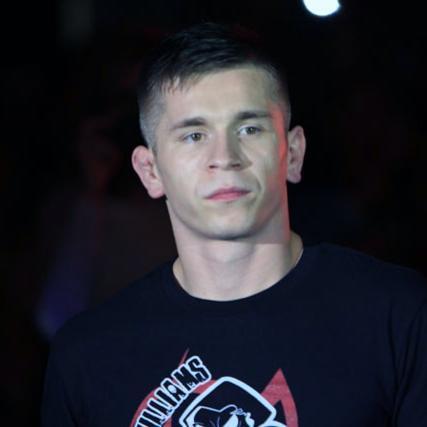 Before Castle Williams tries to earn his fourth stoppage win when he takes on Sergio Quinones at Tachi Palace Fights 30 in Lemoore, Calif., on Thursday night, the top featherweight prospect spoke with Pro MMA Now.

My uncle was super interested in Ken Shamrock when he was in the UFC. He had his books, which I started reading and getting in to. Chuck Liddell, who we would watch fight on TV, was fighting out of my hometown. I started at The Pit when I was 11 or 12.

I’ve always wanted to prove to myself that I was tough, even when I was a kid. I was bullied a bit and have always had something to say — a quick comeback for anything (laughs) — so I got beat up a bit. I wanted to defend myself. If I wanted to talk shit, I better be able to back it up. And then I fell in love with the competition.

How are you feeling going into this fight?

I feel phenomenal. This is really the best camp I’ve had because I had two camps back to back. I feel super ready.

Do you have any predictions for this fight?

If everything goes according to plan, where would you like to be one year from today?

I would like to be in the UFC, working my way up the ladder one step at a time.