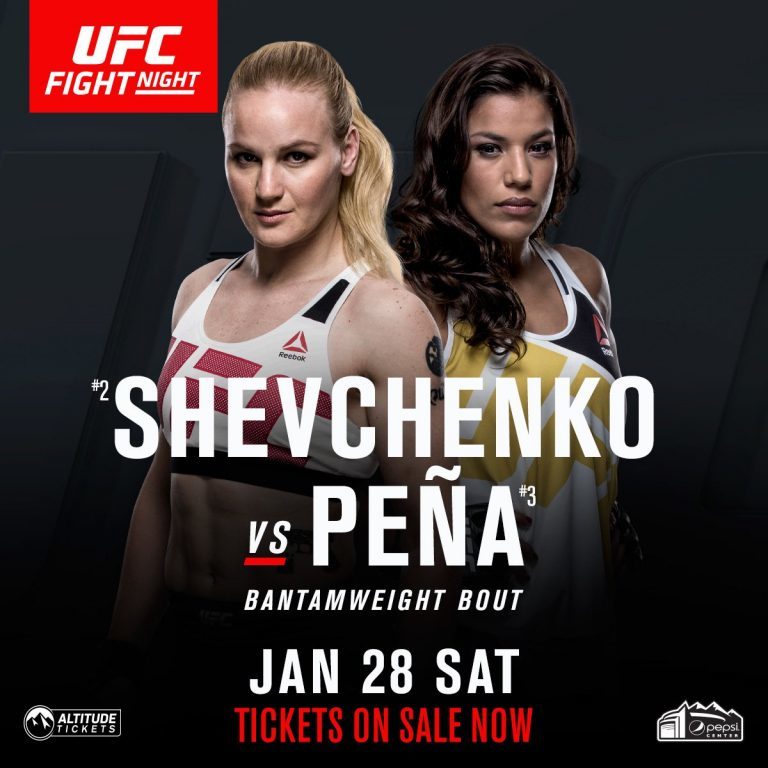 Top female bantamweights Valentina Shevchenko and Julianna Pena have officially made weight for their UFC on FOX 23 main event matchup that will determine the next challenger to Amanda Nunes’s 135-pound title. The early official weigh-ins took place today at Pepsi Center in Denver, the same venue hosting Saturday’s fight card live on FOX.

The UFC on FOX 23 ceremonial weigh-ins and staredowns will take place Friday at 7 p.m. ET/4 p.m. PT and you can watch the live stream right here on ProMMAnow.com.

* – Marcos Rogerio de Lima missed weight and was fined 20 percent of purse, which will go to his opponent Jeremy Kimball.