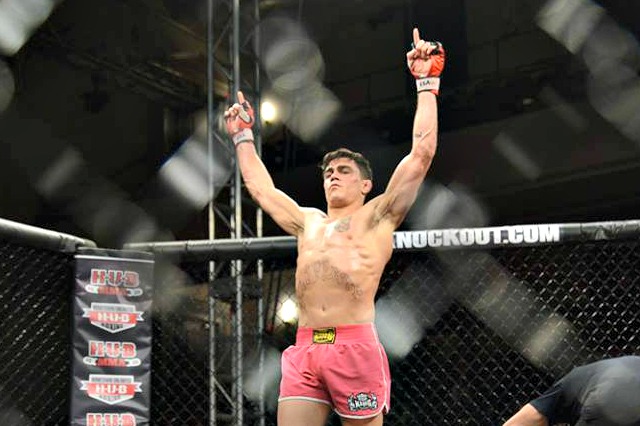 Before Peter Barrett faces Vince McGuinness in the Cage Titans 32 main event in Plymouth, Mass. on Saturday and tries to improve to 8-0 with his eighth straight stoppage victory, the man fans call “Slippery Pete” sat down with Pro MMA Now.

Are you the East Coast’s top prospect at 145 pounds?

I think so. My last fights haven’t necessarily been at featherweight, but that’s my home. Long story short, yes, I am the top prospect at 145 pounds on the East Coast.

It’s an obsession. I work my ass off because talent and being tough only gets you so far. It’s the consistent hard work that puts you leaps and bounds above everybody else.

How do you feel about what you’ve accomplished so far?

I’m just getting started! This is nothing compared to what I’ll have accomplished by the time it’s all said and done. I’ll just leave it at that.

Do you have any predictions for Saturday night?

An exciting finish in the first round He’s a very respected striker, as am I, but I’ve been working a lot on my wrestling recently, so I’m looking forward to showing that as well, and finishing him on the ground or standing up.

If UFC President Dana White is reading, what would you like him to take away from this interview?