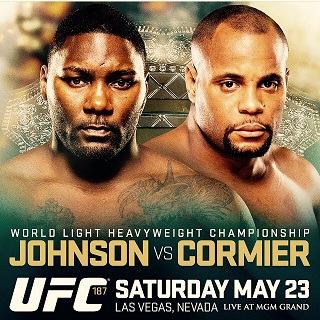 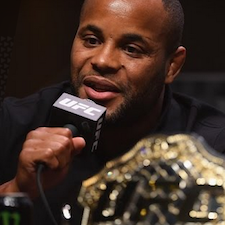 Daniel Cormier will face Anthony Johnson in a rematch at UFC 210 taking place on Sat., April 8 at the KeyBank Center in Buffalo, New York. On UFC Tonight he made a bold statement that may be a mistake if the opposite result happens:

I get to go in there and fold up Rumble Johnson like a nice load of laundry. No wrestling. I’m standing up with Rumble Johnson. You say you’re going to knock me…prove it to me on April 8th. I’ll be waiting for you. I’m going to stand with this dude. What’s the worst that can happen?

Cormier may just be playing head games here as he’s only won six of his 18 wins via knockout and the last time he finished someone with strikes was against newcomer Pat Cummins in 2014. Comparatively, Johnson 16 KO wins on his resume and has knocked out his last three opponents, all big names — Jimi Manuwa, Ryan Bader and Glover Teixeira.

Johnson dropped Cormier in their first bout but the Olympian was able to recover and ended up submitting “Rumble” in the third.

Ronda Rousey made similar comments before she got knocked out by Holly Holm. Was this wise of Cormier?