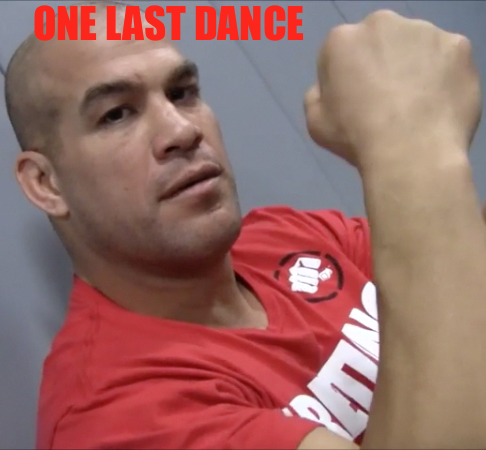 Bellator 170‘s main event features Tito Ortiz against Chael Sonnen in a destined battle on Jan. 21 in the city of Los Angeles at the Forum, but this is not the first time the two fighters have confronted each other in the combative arts.

On Jan. 23, 1998, nearly 20 years ago, Ortiz and Sonnen first clashed heads in a collegiate wrestling match In Eugene, Ore. as the University of Oregon Ducks hosted its neighboring state rivals the Cal State Bakersfield Roadrunners.

It was nationally ranked Chael Sonnen who wrestled at 177 for Oregon while Tito was at 190 for Bakersfield. Chael went up a weight class to mentally challenge and destroy Tito. During the match Chael threw Ortiz with a tremendous headlock throw in the first round at 0:44, silencing the CSUB wrestler. The tradition of throws with its Greco Roman wrestling is strong in Oregon as its mentor Coach Ron Finley was a standout International Olympian and National Champion.

Now, the two mixed martial arts legends will finally meet again, giving the ultimate final shot at sweet revenge for Ortiz, who will retire after the bout.

Before their initial wrestling match Ortiz had no idea who Sonnen was, but today he could never forget who he is, as Tito went on to become UFC champion and find great success in the mixed martial arts world, all while Chael looked on.

Combative artists are impressionable personalities, a six-minute match ending in defeat can destroy an individual forever. Wise men have said that a revelation and its outcome can either destroy you or offer you solace and salvation. Ortiz has stated the college wrestling match against Sonnen “ruined him” and now years later he is seeking redemption in defeating Chael once and for all.

Sonnen went on to become a Division I All-American at the University of Oregon, where as a Duck he was one of the more accomplished NCAA wrestlers ever to compete in the sport of Mixed Martial Arts.

Sonnen’s respectable Curricula Vitae also owns a silver medal from the World University Championships and is a two-time David Schultz Memorial International Champion. “The Bad Guy” has used his technically proficient wrestling skills to defeat the likes of Japan’s Yushin Okami and Nate Marquardt, and was within moments of defeating pound-for-pound king, Anderson Silva.

“The People’s Champ” (formerly “The Huntington Beach Bad Boy”) will finally have the chance for revenge in meeting “The Bad Guy” on Jan. 21 at Bellator 170. The match will ultimately decide, Who’s Bad?