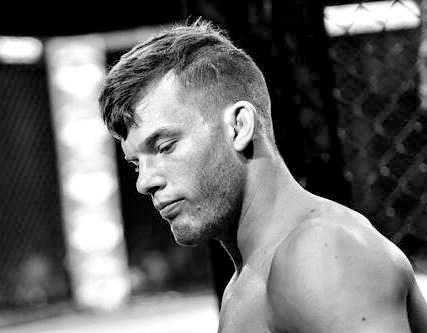 After a breakout 2016 year, top middleweight prospect Miles Anstead (9-1, three straight finishes) sat down with Pro MMA Now to talk about what’s next.

If you had to describe 2016 with one word, what would it be?

It’s been great. Our whole team really came together and I personally had a couple good wins too. 2016 was a good year. I matured a lot as a fighter, not just physically but mentally. I feel like I turned a huge corner.

What do you mean by that?

Going back up to middleweight was a great thing. I feel way better at this weight. Fighting is fun again. Aside from that, I just grew up a bit, and matured mentally. I’m in a good spot mentally and I’m ready for whatever, you know

How does it feel to now be signed with Team Iridium, arguably the top agency in MMA?

It’s been great. My agent, Jason House, has been really great. 2017 is going to be a big year for me, and it feels good to start the new year with Team Iridium behind me.

Ideally it would be March, but I’d even fight in February. March would be the best, and then any time after that would be great, too.

If Dana White is reading this article, what would you like to tell him?

Sign me already, man! I’m ready to go. I’m finishing fights and I’m doing it against the toughest opponents I’m being offered. I’ve got knockouts, submissions and I can even go the distance, if that’s what it comes to (laughs). I’ve got it all, man! Just give me a contract already.