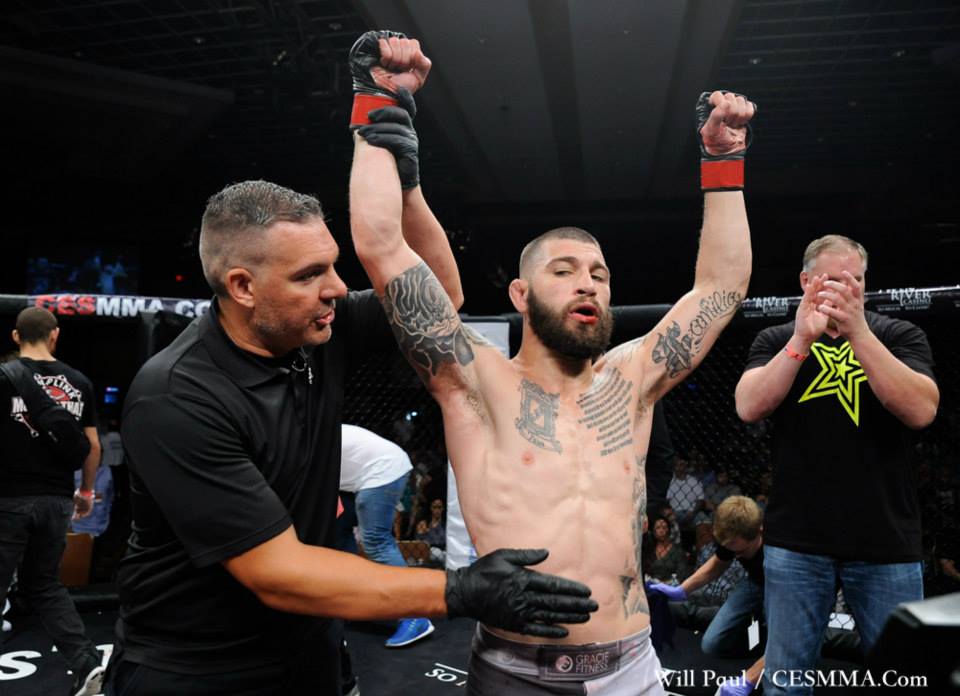 Before Dinis “Sweetbread” Paiva makes his long-awaited return to action versus Zane Behrend at CES MMA 40 on November 23 in Lincoln, R.I., the New England MMA star sat down with Pro MMA Now.

It became really popular when I was wrestling in high school, and I had already boxed a bit before then. Matt Hughes was doing great things as a wrestler in MMA, and that really sparked my interest. I always looked up to comic book heroes, and the MMA fighters I saw on TV were the closest that I was going to get to that (laughs).

Did you fall in love with the sport right away when you began training?

I’ve always had a passion for martial arts. But I didn’t really fall in love with the sport until I got in the cage and lost. I got really drunk that night, and I cried a lot. I went to the guy I was training with at the time. I thought it was my calling, and I got a taste of what it was like, and it was bittersweet. I always had an interest in combative sports, but I really fell in love with MMA after my first loss.

Absolutely not (laughs). I had dreams of being a firefighter as a kid. Wrestling was my world, but it wasn’t until I was in high school that MMA started to become more mainstream. Matt Hughes was one of those guys who motivated me to try my hand at it.

Very. It’s hard to put into words. I’ve never been away from the sport for this long, and I couldn’t be more excited to be back. I’ve missed competing so much. I’m so hungry right now.

What are your expectations for this fight?

Obviously to win (laughs). I’ve watched a bit of footage on my opponent and he’s definitely coming to fight. I’m expecting fireworks. I’m expecting a good performance. I can’t wait to show the new and improved ‘Sweetbread’ to the world. We’ll take it from there, one step at a time.