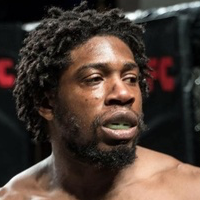 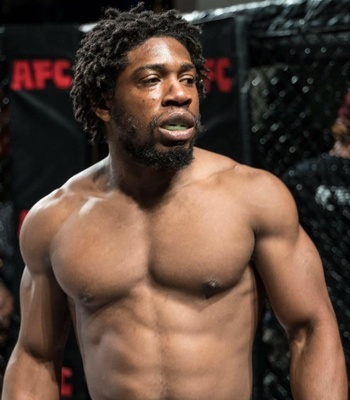 Solon Staley (11-3) is the number one ranked featherweight in South Carolina and one of the top 145-pounders not currently fighting in the UFC. He’s already fought and won three fights so far this year and on Nov. 5 will look for number four as he travels to Clarksville, Tenn., to face hometown hero Nate “The Train” Landwehr (7-2), who just handed UFC vet Diego Saraiva a first-round TKO loss in March. Landwehr is also one of the top featherweights out there not currently fighting in the big show and whoever wins this one certainly deserves to be signed by the UFC, Bellator or World Series of Fighting.

Staley will face Landwehr in A&A Fight Time Promotions’ “A November to Remember” main event on Saturday, Nov. 5, from Austin Peay State University’s Foy Recreation Center. Pro MMA Now caught up with Solon to get his thoughts on the matchup and what a win over Landwehr would do for his career.

SOLON STALEY: Everything is going well for me here in S.C. Training hard and always prepared.

PRO MMA NOW: You have an impressive record with all your wins coming against credible guys. Why do you feel you haven’t got that shot at the big show yet?

SOLON STALEY: I’ll get my chance to fight in the UFC soon. Why it has not happened yet I can’t say. I’m going to keep pounding heads and choking my opponents out as they come no matter where I’m fighting at.

PRO MMA NOW: Nate Landwehr would certainly be a credible name to add to your record. What’s your scouting report on “The Train” and how do you see this fight playing out?

SOLON STALEY: I’ve seen Nate fight and he’s ok. Everyone has improvements they can work on, after our fight he’ll know what to work on and so will I. Maybe he’s got enough hype behind him to get me to the next level, maybe not. I guarantee you this. He has not faced anyone like me before. Fans will know that they are in the presence of future stars in MMA. They will know I’ve come to fight and that’s all that is on my mind. I don’t see it being an easy bout. He’s a game opponent. I always see fights ended with my hand raised and expect nothing different this go around.

PRO MMA NOW: Where are you training for this fight and who are some of the guys who are helping you prepare?

SOLON STALEY: Columbia Martial Arts and Fitness will be represented well. I’ve been there since the beginning of my career and don’t plan on going anywhere. I love visiting Sor Sumrit Muay Thai and working with my brothers over there. Mma gyms are like one huge family here in Columbia. We all find time to train and spar together from time to time.

PRO MMA NOW: What is your athletic background and how did you get started in combat sports?

SOLON STALEY: My love for one on one competition started with wrestling at Swansea High. Fighting comes natural for me and it’s in my blood. It’s so much fun and I love every part of it.

PRO MMA NOW: Any hesitation coming into “enemy territory” for this fight as you’ll be in Landwehr’s hometown, or do you like being the guy to spoil the party?

SOLON STALEY: I’m bringing this southern hospitality to Tennessee. I’ve had a fight here before down in Pigeon Forge. I don’t mind the boos at all. When victory comes and I only hear the road warriors that have made the trip that’s going to be a very special sound.

PRO MMA NOW: Thanks for your time, Solon. Any parting words?