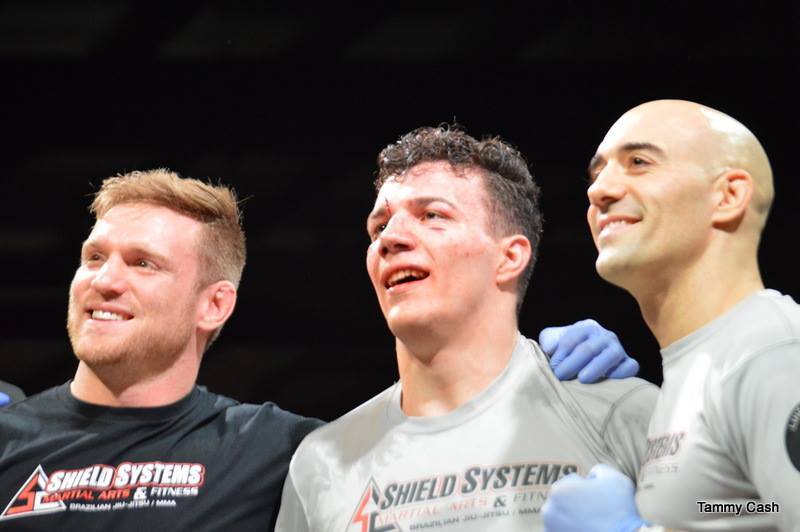 Before Knoxville’s Damir Ferhatbegovic tries to improve his undefeated record to 3-0 versus Nashville’s Charlie Alexander at Valor Fights 38 on November 5 in Nashville, LIVE on FloCombat, he sat down with Pro MMA Now.

When I moved here when I was 7, my dad signed me up for karate. He didn’t want me to get bullied at school because I couldn’t speak English. I did that for a few years. At the gym we were at, they also offered other classes, like Krav Maga and kickboxing. Eventually they started offering BJJ classes, and that’s where it all started.

Where do you think you would be, had you not taken the MMA route?

Man, I’ve thought about that question a lot of times, and I have no idea. MMA has been such a big part of my life that I can’t imagine it without it, you know?

What do people generally say when you tell them you’re a fighter?

If I don’t know them personally, they’re always surprised. I’m a nice guy. When people hear I fight for a living, they’re usually taken back a bit (laughs).

He’s a striker too. I hope the fight stays standing. It’s definitely going to be a good fight, but I see myself finishing it in the first or second round.

What does a victory in November mean to your career?

This is my last fight on my current contract. Hopefully I’ll be 3-0. Valor Fights treats me really well, but I’m definitely open to any offer on the table. I just want to fight the toughest guys.