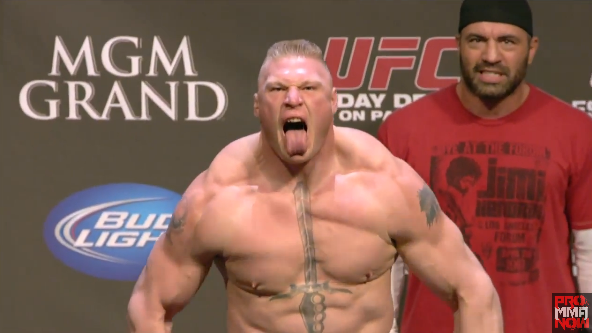 Brock Lesnar is currently suspended from MMA in any organization by the Nevada State Athletic Commission because he failed a pair of positive drug tests both before and after the UFC 200 event. Attorney Howard Jacobs on behalf of Lesnar asked an independent drug testing lab to examine both an eye and a foot cream, which his entire team claims is responsible for returning traces of clomiphene and clomiphene metabolites. Both of those are clearly declared as banned in any combat sport.

Now it seems that the team is running out of time and options for defense of Brock’s failed tests. Here’s what his team told MMA Junkie:

To provide further detail, I am advised that the testing laboratory initially tested an eye medication, which was negative for either clomiphene or clomiphene metabolites. Subsequent testing has been conducted on a foot cream; that testing has included three separate extraction attempts, all of which have failed. A fourth extraction attempt is being made by Korva Labs this week.