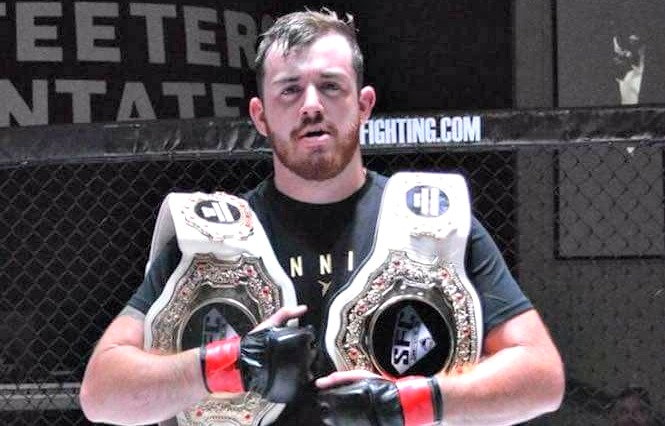 I was a high school wrestler. After high school ended, I didn’t really have much of an athletic activity to focus on. A lot of my friends were into MMA, so I decided to take a class. The rest is history (laughs).

Why have you been so successful?

I have a lot more to offer than my opponents. I’ve got a lot more weapons in my arsenal than other amateur mixed martial artists. I’ve got great training partners and coaches.

With another victory you’ll be 8-0. Are you going pro after this bout?

No, no, no (laughs). I’m going to have a few more amateur fights before going pro. I’ve got a lot to work on. My stand-up is good. I’m working on my ground game now.

A lot of people view you as a hot prospect — someone to watch. With that label, do you feel pressure to live up to that expectation?

That’s actually always been the case, really, because I’ve had a lot of success early in my career. A lot of people say this or that, but I’ve always just tried to be as good as I can be and improve as much as I can, regardless of who notices.

How do you see this fight playing out — knockout, submission or a three-round war?

It’ll be a knockout. I’m going to knock him out in the first round.