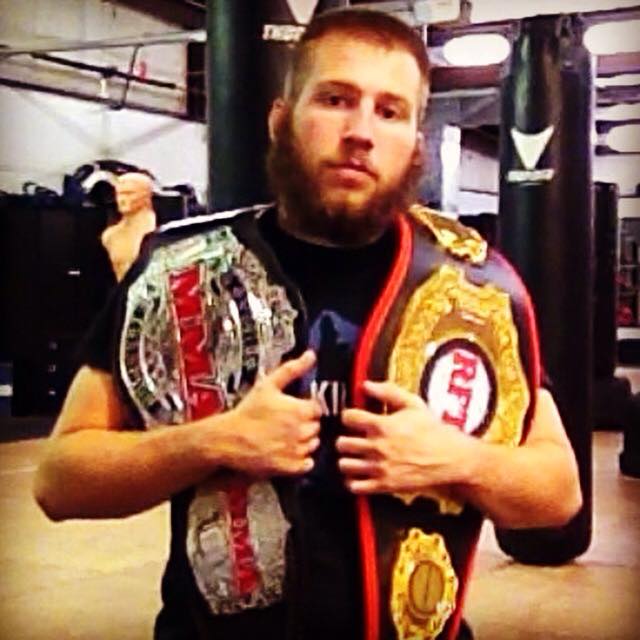 Also on the card, and making his pro mixed martial arts debut, will be Clarksville’s own Jacob “The Killer” Kilburn. The 21-year-old Harris Holt Martial Arts Academy instructor has already had an impressive amateur MMA career, most recently defending his Hardrock MMA featherweight title with a first round submission of Shawn Nickell in Bowling Green in April.

Pro MMA Now got a chance to check in with Jacob before his upcoming pro debut where he is set to take on Memphis featherweight Kevin “Kannibal” Henry.

PRO MMA NOW: Hi Jacob, thanks for taking the time to speak with us. Why is now the time for you to turn pro at the young age of 21?

JACOB KILBURN: Hey, no problem at all! Why 21 you ask? Because I’ve been training a lifetime and I look at some of these “superstars” in the UFC and I know I’m better than them. I would have already been pro but I had some personal issues to take care of.

PRO MMA NOW: Please tell us about your combat sports / martial arts background and when you knew you wanted to pursue MMA as a career?

JACOB KILBURN: I started boxing at the age of 8 or 9. Shortly after I began training in Judo and Karate. Then began BJJ and MMA at 15 years old. So I’ve trained for most of my life. I’ve always known I would be a professional fighter. I just absorbed information so quickly and did so well every time I competed. It was sort of inevitable.

PRO MMA NOW: What’s it like training in Clarksville, Tennessee and who is helping you prepare for your upcoming fight?

JACOB KILBURN: Clarksville is great. I’ve lived here since I was 5 years old. I train with the best coaches and the best team I could ask for. I base my training out of Clarksville’s favorite gym, Harris Holt Martial Arts. My coaching staff includes: Coach Lance Boyd of Harris Holt Martial Arts, Coach Ricky Ward of Pezao Jiu-Jitsu, and Coach Jeff Mackens who just got back from Japan.

PRO MMA NOW: Your opponent is Kevin “Kannibal” Henry out of Memphis. What is your take on him and what he brings to the table?

JACOB KILBURN: I think he has a lot of experience. He has held amateur titles like myself and he’s faced some top competition on big shows such as RFA and Legacy. He is a pressure fighter, primarily a grappler, but he can bang it out a little as well.

PRO MMA NOW: Would you like to send a message to the “Kannibal” and do you have a prediction on how the fight will go?

JACOB KILBURN: No trash talk needs to happen, myself and my team try to be the team that takes the high road. However I can predict a victory for sure. I work hard and surround myself with the best to ensure a win. All I can say is I’ll do my part to make it a war, I’ll leave it up to Kevin to do his part.

PRO MMA NOW: I know you are close with MMA legend Big John Ivey. Can you explain a little about the influence he’s had on you?

JACOB KILBURN: John is fantastic. He has an inside scoop on everything and everybody. He has taught and trained at every gym in the area, and he ensures me I’m with the best team. Other than being a fantastic submission wrestling mentor, he’s been a good friend and advisor to my career.

PRO MMA NOW: Thanks for taking the time Jacob and best of luck on Nov. 5th. Any final words?

JACOB KILBURN: I’d like to say thanks to all my supporters. This fight is for them. After years of fighting and winning multiple titles, I’m finally fighting in my hometown. I look forward to putting my skills on display and proving that I train with the best in the area. Hopefully after this I can begin to let the world know who I am and get onto some feeder shows to the UFC. I’ve about had my fill of the loud mouthed and over hyped Conor McGregor, I hope in a short time I can give him a taste of his own medicine.