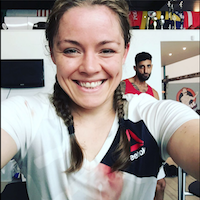 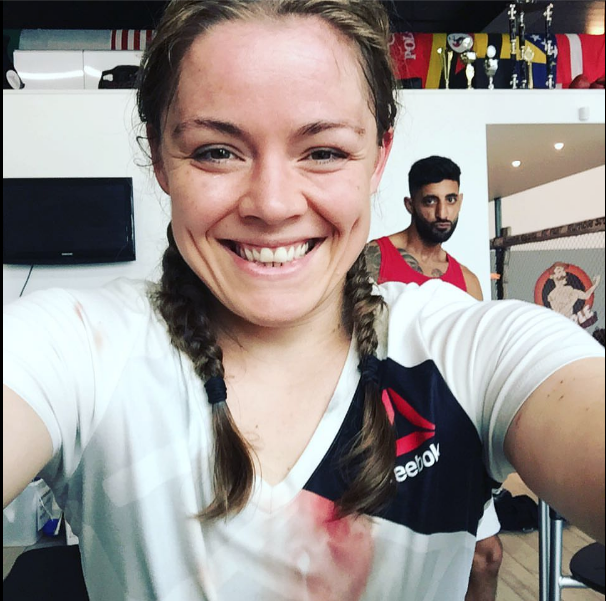 After winning her first three pro fights via knockout, Denmark’s Anna Elmose made her UFC debut at bantamweight back in May against Germaine De Randamie but unfortunately came up short. Anna “Panda” is now planning to drop to the straw-weight division where she will face TUF 23 finalist Amanda Cooper on November 19, 2016, at UFC Fight Night 99.

I recently had the opportunity to catch up with Anna to discuss her next fight and mixed martial arts journey so far.

What got you into MMA? What is your background in the combat sport world?

I started taking kickboxing classes to get in shape. After few months into training, I decided to try my hands at combat and I enjoyed it thoroughly. I followed it by trying my hands at Muay Thai, I enjoyed Muay Thai too.  BJJ next, one thing led to another and I ended up with the decision to take MMA as a career.

To get into MMA nobody actually influenced me. I was self-inspired in the beginning to take up this combat sport. But now, when I fight on a platform like UFC I have the complete and much needed support of my husband, coach and friends.

My journey as an MMA fighter has been very short but action packed. I have been a fighter for only 3 years. My sole aim is to become stronger and better after every fight.

You recently suffered your first professional loss. How did it affect you? Does being undefeated boost your confidence or adds more pressure?

I do not believe in that undefeated bullshit. Half the time it’s the media which creates this fake hype for publicity.  Some of the greatest MMA fighters have faced defeat in the cage. Even fighters like Cris Cyborg have faced defeat, losing a fight does not make you weak, in fact it’s getting up after those losses which makes you strong.

You have finished all the opponents you have beaten. What is your game plan and state of mind when you get in the cage? Knockouts are rare in the straw-weight division, what are your thoughts on this fact?

I love MMA. I am very happy whenever I get an opportunity to fight, for me fighting is a chance to show the world what I am made of. I go in there to give my best shot and deliver.

You are going to watch me [get the] knockout. I go in a fight with full confidence. I don’t fear anybody. My last fight was against Germaine De Randamie who was nine inches taller and was a 10-time kickboxing world champion. Despite that I decided to face her, I may have lost but I gave my best fight. When I go in a fight I get in there to deliver, I know my opponent is going to hit hard but I am just going to hit harder.

You plan to drop down to straw-weight division. How do you feel after shedding the weight? Is it an experiment or will you be continuing in this division?

Your opponent is Amanda Cooper. She comes with a very strong ground game. What are your thoughts on her?

What are your thoughts on the position of women in the UFC? Should UFC introduce more weight classes?

UFC takes care of their women fighters in every way possible. We are treated as equals when we are compared to our male counterparts. And I think that MMA is the only combat sport in which women headline the events, I have had an amazing experience as a UFC fighter.

UFC management is very wise to have not introduced more women weight classes. For example, let’s consider UFC introduces a flyweight division. There will be fighters from the straw-weight like Joanna Jędrzejczyk, Joanne Calderwood, and various who will move up and in the bantamweight we will have fighters like Katlyn Chookagian, Miesha Tate move down. This will result in the straw-weight and the bantamweight division losing talent and becoming thin. Hence UFC will have three women division with low talent instead of having two strong divisions. Honestly according to me it’s way better to have two stacked divisions than three thin divisions. Women’s MMA needs more talented fighters, fighters who can match the level of competition expected by the UFC and then we can have another women’s division. But right now we don’t need to have another division for women.

What is your message to every person who decides to take MMA as a career?

MMA is a very good sport, it’s fun and a great way to help you maintain your body. It’s a natural way of using all your body, it does not limit you to a set of rules for a body part and you can have fun and become strong at the very same time. Apart from that you will make many great friends who will support and help you a lot. It’s fun to be an MMA fighter. Go give it a try.

Thanks for your time Anna. Best of luck for your next fight.