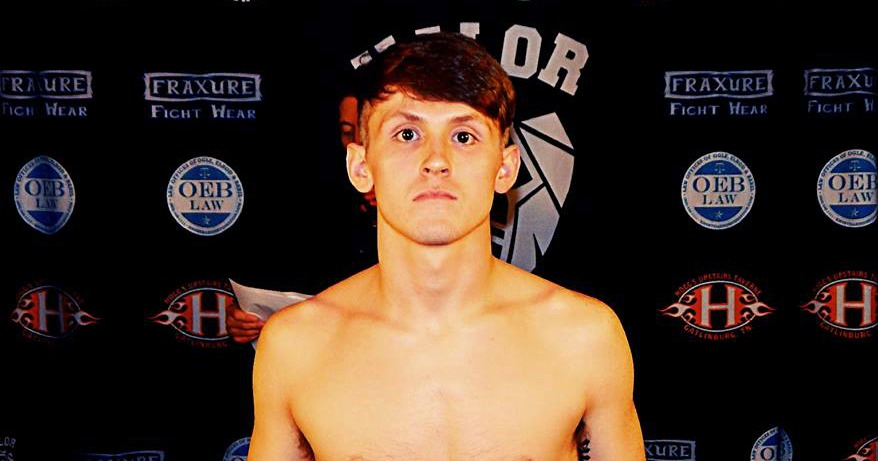 Before Jakob Clemons fights DeEric Wright for the Apex Fights amateur flyweight championship on September 17 in Knoxville, Tenn., the undefeated amateur kickboxer sat down with ProMMANow.com.

How excited are you to be back in action September 17?

It’s definitely been a long time coming. The last time I fought was last November. A couple more fights got pulled since then. I’m just excited. I’ve been waiting for this for almost a full year. I’m ready to get back in there and do what I love doing.

How did you find MMA?

After I finished wrestling in high school, I needed something to do, so my girlfriend told me her brother did MMA. Turns out her brother was another Valor Fights fighter. I went there when I was 17, and I’ve been doing it the four years since.

You’re also 7-0 as a kickboxer. Why have you been so successful?

I don’t really, fully know. My mentality is that I go in there and think about all the sacrifices I’ve made, and how I’m not going out there to lose. So I just go out there and I go after the person. I’m always pressing forward. I’m trying to make my opponent make a mistake before I do.

What’s the game plan for this fight?

DeEric is a tough guy. He comes from a good gym. The plan is what it’s always been — go out there and apply pressure early. I’d like to surprise him a little bit, but I’ve always been an aggressive fighter early, then try to capitalize on any mistakes that he makes.

Does the fact that this is a title fight have any influence on how you’re approaching it?

There’s a bit of added excitement. I’ve been working towards a title since I started. But, other than that, it’s just a fight. Only difference is that, if I win, I get a belt — and I really want that Apex Fights belt!