Three reasons to bet on CM Punk at UFC 203 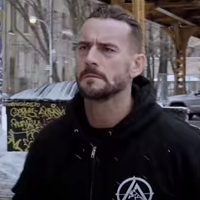 Love him or hate him, CM Punk has you talking. He is one of the most respected wrestlers in WWE history and the definition of role model for up and coming pro wrestling talent, but since we are talking about MMA here…

Punk’s real name is Phil Brooks, but his star power is so great he is fighting under his stage name for ticket selling purposes. Dana was a genius in bringing the guy in and with Alistair Overeem vs current UFC champion Stipe Miocic at the top of the card it’s going to do well financially. So could you if you bet on underdog Brooks who currently sits as a good opportunity to make some dollars for betting men out there. Sherdog reported the following earlier:

According to BestFightOdds.com, as of Monday, all major online sportsbooks are offering CM Punk as an underdog of +212 or greater, with some as high as +250. Gall, meanwhile, is floating as a -300 favorite, meaning Gall backers would have to put down $300 to win $100.

According to those stats it would be a smart move to put some dinero down on Punk. Why you might ask? Here are three reasons to bet on CM Punk at UFC 203.

Big stage experience is crucial when you are in a situation that requires press conferences, media interviews, and video packages. It’s a breeze for Brooks with his WWE experiences, but not for Mickey Gall. Unlike Phil, Gall is thrust in to the limelight for the first time and only two pro fights in to his career. I’ve been a ring announcer since the Tito era and I can tell you that young fighters plus believing their own hype equals disaster. I could give specific examples of epic fails, but out of respect for those athletes I will not. Gall is a prelim fighter at best right now and that’s not a knock on the youngster because he’s got some talent and maybe enough to move near the top of the card. The issue is that Mickey is getting too much attention too quickly. He may try and do something spectacular to try and make a statement and get caught. Punk, on the other hand will be trying to survive long enough to finish him.

Brooks has everything to prove and everything to lose. He took a big risk signing with the UFC and he knows it. There are lots of people who just want the guy to lose and it’s sad. CM Punk is a guy who takes everything seriously. He doesn’t half ass anything and I think his work ethic shows it and has shown in the past that it gets results. He’s always been the underdog and has always had to prove himself if you look back at his career. This is a guy that will fight until he cannot fight anymore and then dig deep and battle some more. Gall is a guy who needs to prove himself that is a given, BUT he will go out and try to put Punk away like I mentioned before with something spectacular and it may backfire. See, Brooks is also a guy that you don’t piss off. Throwing some flying knee, or flying triangle might explode right in his face, let alone some kind of showtime Superman punch. It’s best for Gall if he just puts in basic techniques effectively or it could be a long night.

He’s training with the real deal. Punk chose Roufusport as his training camp wisely. They produced Anthony Pettis and have built something from nothing with just about every athlete who put in hard work there. I don’t think they would let Phil Brooks walk to the Octagon unprepared because their reputation is also on the line so with that in mind I would not discount Punk’s chances at all. He will either go down swinging or use what they have taught him to pull off the win.

What do you think? Will it end bad for Punk or will he come out on top?