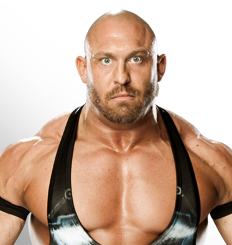 Ryback got his release earlier this year and it was known publicly it was his displeasure with the company that prompted it. After contract negotiations went south, Ryback departed. On his new podcast, Conversations with The Big Guy he revealed just how bad it had gotten.

“He told me, essentially, that he was going to make me his number one heel, he was going to put the title on me, and all I had to do was just listen to him, read his promos word for word, and he would ‘take me to the motherland’ was his exact words. … I left the office that day, this was before WrestleMania. My opponent was supposed to be AJ Styles at WrestleMania, in which Vince told me I’m going to ‘squash that little twerp.’ Which, I didn’t really foresee that happening with everything the way he was being brought in and what not. (Styles) is incredible, I’ve wrestled him on overseas tours and that was my first time ever wrestling him and it was a breeze. We had fun and the crowd went crazy. I could wrestle him every day of the year.

“So, anyways, a week after that conversation… so this new contract, this is at the end of all this. I have this contract and I would have signed it but I wanted to see if he was going to come through on his words this final time because I was at my boiling point, essentially. A week after that conversation my opponent had already been changed to Kalisto. It was then ‘okay, we’re going to do the US title and heat me up and stick to the game plan and what not.’ Well, for whatever reason as you all know, the WrestleMania match got put on the pre-show. I was told the direction we were going days before and after I got that, that’s when I went to the attorney and I said ‘I want to make these changes in the contract because if I’m going to stay here I need to know they’re going to committ to me because they’re just lying to me now, left and right, and they’ve been lying to me.’

“We go through all that, we do business, and then the next one, Payback, the same thing, put on the pre-show. That was him just… that’s him fucking around. He knew I wasn’t happy, knew I was pissed. Payback, we do our business, and then finally we get to that day in St. Louis, and I thought me and Kalisto… we’d been working live events and killing it night in and night out, and anybody whose ever seen me on a WWE live event knows there’s a difference between a live event and TV because I’m allowed to have time out there, which wasn’t always the case with TV. … They mishandled me from the very beginning. They mishandled a lot of talents but in my case particularly I think it’s been mishandled horribly.

“I got there that day and I saw the direction we were going for the TV after having the PPV match that we’d had, and I knew. They already had the new contract that had the changes in it and so now I felt like they were just going to run me into the ground before I left and get me as low as we could possibly get me. We’ve seen them do it with guys. The booking that I saw for that day was ‘you are a piece of shit and we’re going to tell these people you are a piece of shit’ and you know what? I’m not a piece of shit. I’m not. And I’m done. I’m done being walked around, I’m done living in fear. That was the day I just walked… I told Carrano ‘take me off this fucking TV show, I’m done.’ I never saw Vince — I didn’t want to see him. I had had too many conversations with him where he lied to me. It was one of those ‘fly me home, I’m done. I’m done. You’re going to fix my nose and my ear, I’m going to get better, and we’re done.’ They had the new contract and I knew they weren’t going to go for that and that was my way out.”

While most saw Ryback as a Goldberg knockoff, no one could say with a straight face that he was lacking talent. What do you think? Is this the whole story?