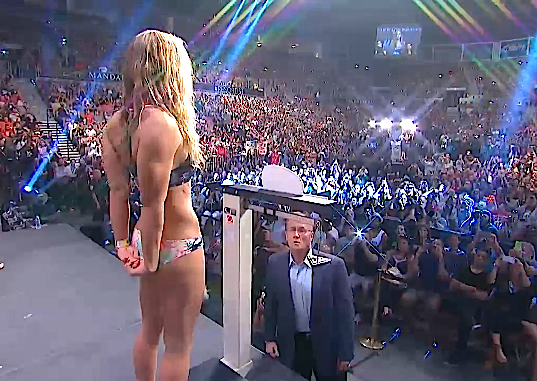 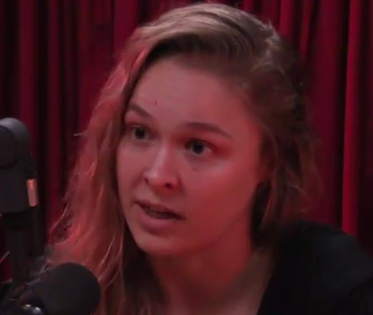 Tito Ortiz was the man back in the day. His entrance at UFC 40 was pretty much the first big time production for a UFC athlete up to that point and it was the big fight feel, chill inducing moment that defined an MMA generation. He stepped in to the cage a hero as the guy from the new breed of fighter putting an end to the old guard represented by his opponent Ken Shamrock. What fans didn’t realize is that before Tito, Ken was the hero. He was the guy we were banking on to beat Royce Gracie and Royce was the hero before that. It’s complicated I know.

Royce Gracie was an underdog who defeated everyone he fought at the birth of the UFC. He was considered the greatest fighter on earth while choking out, tapping out, and outlasting his opponents to our astonishment. After a few events we turned on him for some reason. We no longer wanted to see him victorious and we demanded a “Gracie Killer” to take him out. Why? Why would we do that?

Ronda Rousey is a prime example of fans turning on a fighter to the point of hatred for them. She was the epitome of success and rode the popularity wave all the way to the top. She was a big pay per view draw for the UFC as a champion and was all over news outlets, tabloids, and MMA sites. If you want to know why this mega star became a villain just visit popular MMA forums and search for threads with her name. It’s like Harvey Dent in The Dark Knight said, “You die a hero or live long enough to become a villain”.

In the beginning it was all smiles and support for her because she brought women’s MMA in to the spotlight. She was an Olympic medalist in judo, physically attractive, and fearless which is a winning formula in any sport. The posts began to shift to complaints about over exposure, her being “rammed down our throats”, and being “too cocky”. The woman we loved as the confident, popular fighter became a monster simply because we supported her enough to put her in the bright lights of the media.

When a fighter becomes too popular it becomes socially cool to find flaws in everything they do. In Ronda’s case it was all about the stand up game. They were ruthless on the forums about her “terrible stand up” and how she was “exposed” in every fight, meaning her opponent found a magic blueprint to beat her. The throws, submissions, and aggression we loved became her “weaknesses” and would ultimately lead to her downfall now simply because fans needed a new face to replace her from either overexposure, or boredom with her dominance in her division as champion. Whatever the reason there was a celebration and absolutely vile venom spewed, after she was knocked out by Holly Holm, by forum lurkers taking sick pleasure in another person’s failure – just before moving on to another rising fighter without skipping a beat.

Conor McGregor is still the man right now. Rich, cocky, talented, and loved by celebrities. After his loss to Nate Diaz, even though Conor was fighting at 170 up from 145, he was, just like Rousey, “exposed”. Despite decimating his 145 pound division and down right embarrassing former champion Jose Aldo, he was now a fraud and favorite target on the forums. Even after beating Nate at UFC 202 on Saturday he is now “lucky” and the fight was apparently “fixed by Dana White”.

It’s unreal how much people will turn on talent if they become too successful and unfortunately it is in most human beings to hate people who achieve their dreams, make more money than them, or are living the life they have always wanted to. From Gracie to Shamrock, to Tito to Chuck, to Rich Franklin to Anderson Silva, and so on, and on, and on. Most fans begin to despise the athletes they built into a star after a while, and it will never stop baffling me.

Why do you you think fans turn on their heroes? What do you think about the topic? Let us know in the comments.

2 thoughts on “Rousey to McGregor: Why fans turn on heroes”