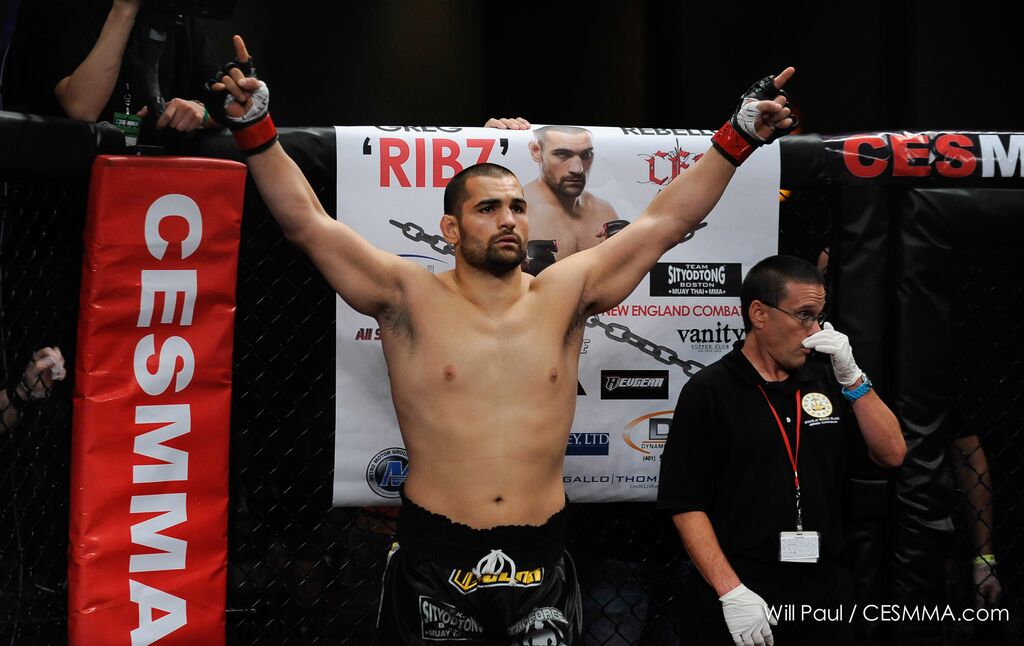 Before Greg Rebello takes on Ashley Gooch for the vacant CES MMA Heavyweight Championship on August 12 on AXS TV Fights, the hard-hitting wrecking machine caught up with ProMMANow.com.

Is this the biggest fight of your career?

This fight is huge for me. My fight on The Ultimate Fighter to get in the house, which I lost, was also huge. If I won that fight, I’d get on the show and be in a great position to get signed by the UFC. But also winning the CES MMA Heavyweight Championship gives me a great opportunity to be knocking on that door. Both fights are huge for me.

Does adding the belt to the equation change anything in how you’re approaching this fight?

Nope. I’ve been fighting for so long that I don’t get phased by any of that stuff. It’s a great opportunity and I’m excited to take advantage of it, but my job doesn’t change.

How is this fight going to go?

I see my speed and power taking over and catching him with a shot and finishing him.

Where does a win over Ashley put you in your career?

I’ve been saying this for a while, but I hope it gets me a shot in the UFC. I don’t see how I’m not one of the top unsigned guys in the country. A win would put me that much closer to where I want to be, and it would give me a belt to bring home to my family (laughs).

If Dana White is reading this, what would you like to say to him?

Come watch my fight and see for yourself (laughs)! Bring your show, Lookin’ For A Fight, to CES MMA 37. I can’t see why Dana wouldn’t come to this event — it’s so stacked!