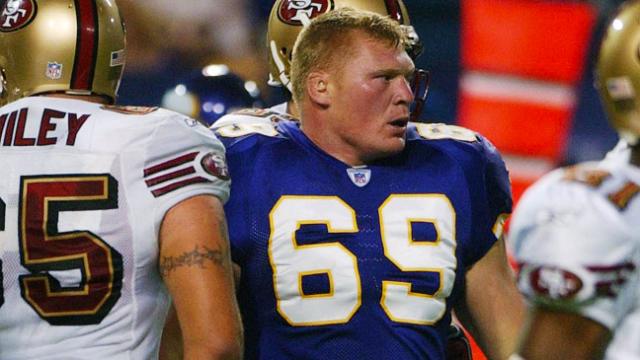 Minnesota Vikings receiver Nate Burleson recently told a story that was so insane we had to share. Brock Lesnar was in a Vikings camp back in 2004 and all hell broke loose.

Somebody cheap-shotted Daunte Culpepper late,” Burleson said on NFL Network, recalling a joint practice with the Kansas City Chiefs. “And Brock was like, ‘Who did it?’ The next play, he went and suplexed the guy. He picked up a grown man after the play. It was a Royal Rumble: Minnesota versus Kansas City. … That was a nasty suplex on the football field.

As wild as the story is, we can’t help but feel it is 100% true. This is Lesnar after all!