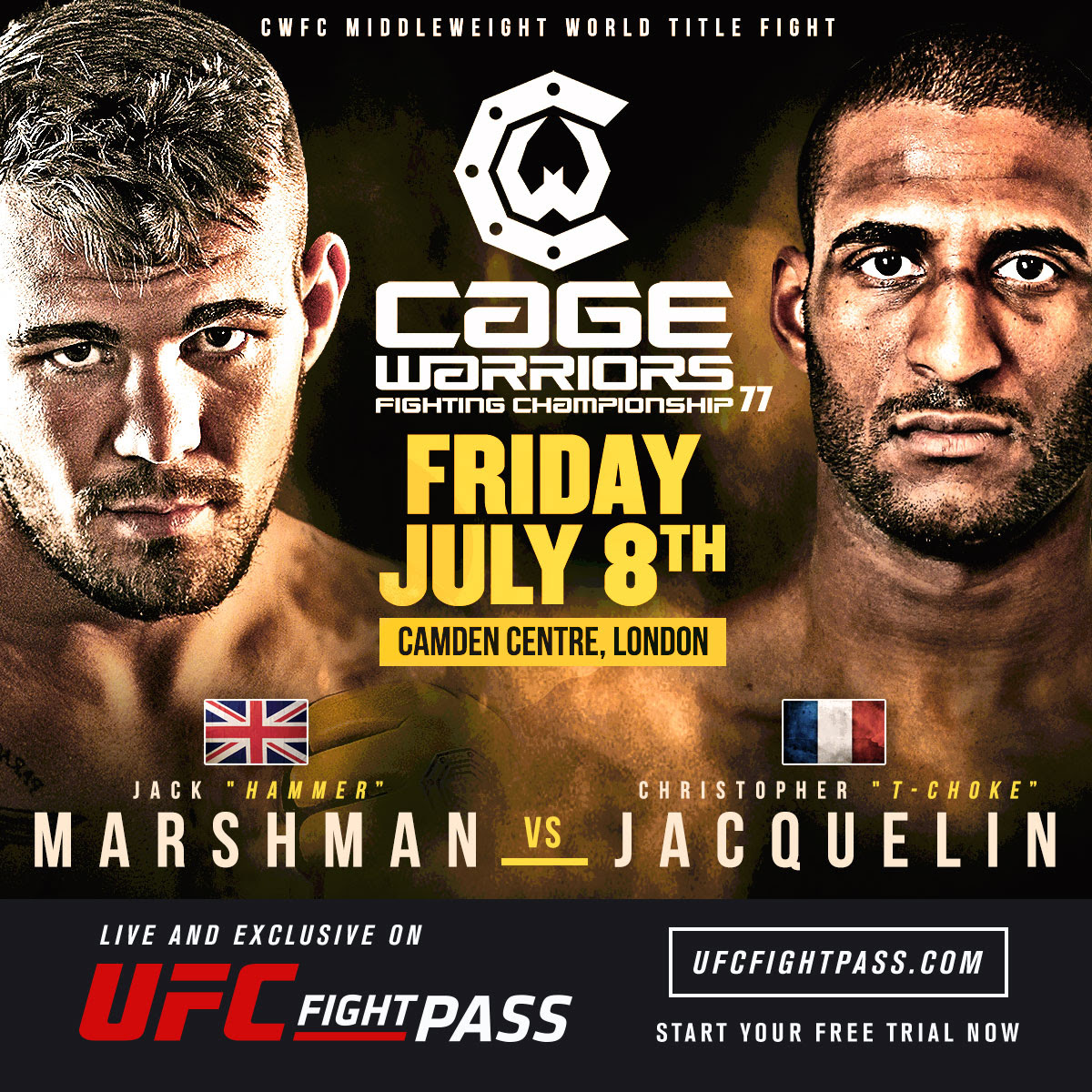 Cage Warriors Fighting Championship recently confirmed that Jack Marshman will face Frenchman Christopher Jacquelin for the middleweight title at CWFC 77. The event will take place on July 8th at the Camden Centre in London, England.

With Jack Hermansson having vacated the belt recently an amazing opportunity has opened up for one of these two men to steal the spotlight and claim the Cage Warriors middleweight crown for themselves.

This bout headlines CWFC 77 which will be streamed live on UFC Fight Pass.

Welshman Jack Marshman enters this bout riding a five-fight winning streak. His most recent victory came at CWFC 76 in June, where he scored a first round submission win over Ali Arish. A quick ending to the matchup with Arish meant Marshman left the fight relatively unscathed and able to compete only a month later at the upcoming CWFC 77 event. After a string of big wins over Shaun Lomas, Kyle Redfearn, Che Mills and Bola Omoyele, capturing the middleweight strap would definitely be a cherry on top for Marshman.

Christopher ‘T-Choke’ Jacquelin, holds a victory over former CWFC middleweight champion Chris Fields and has secured six of his eight career wins via submission. Both durable and dangerous on the ground, the Frenchman brings an impressive skill set into what could be his toughest challenge to date. A big win over Marshman would solidify ‘T-Choke’ as one of the top middleweights in Europe.

Stay tuned to ProMMANow.com for all the latest MMA news.