Often times fighters rise to the top only to fall even faster. Here are five times the fans turned on popular UFC fighters. Chael Sonnen is taken off this list because he has since become a fan favorite again even though he is no longer a fighter.

Ladies and gents meet Conor McGregor. As if anyone didn’t know who he was already. He owns social media, news outlets, and anywhere he goes. He cleared out almost all of the featherweight division and was scheduled to face lightweight champion Rafael Dos Anjos, who backed out. When they offered McGregor a much bigger welterweight in Nate Diaz, McGregor accepted. Everything was fine until….he lost via submission in the second round. He tooled Diaz in the first round, but his size meant less power and there was no way he was finishing Nate. He gassed out, lost, and the fans turned on him saying the incredibly gifted fighter was “exposed”. As insane as that is he has lost so many fans it’s ridiculous. His fake retirement, refusal to face Jose Aldo or Frankie Edgar doesn’t help either. His focus is on Floyd Mayweather in a boxing match. The idea is ridiculous and no one is giving him a chance. If he loses that fight he is going to fade in to obscurity. 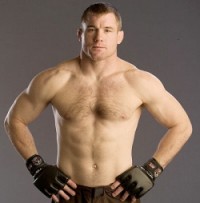 Matt Hughes was all the rage in the UFC during his long title reign and tear through the division. That is, until he met Georges St. Pierre. After beating GSP via armbar in the closing seconds of their first bout in spectacular fashion, GSP begged for a title shot. Growing in popularity and finishing his fights at that time, GSP was getting cheered loudly and it was almost WWE like in atmosphere during his entrances. After getting his title shot and Matt Hughes seeming to be less popular by the day it was St. Pierre that became the favorite in that fight. Winning the title from Hughes only propelled him in to the stratosphere and left Matt with far fewer fans than before. He became a remnant of a bygone past and only briefly had a resurgence when he mauled Royce Gracie.

Believe it or not, Tim Sylvia was the man when he was champion. He was smashing people left and right using his power and size until…he popped for steroids. After that we saw bland matches with him grabbing the cage and holding people there, jabbing and refusing to engage, and even pooping his pants. When he had the belt he wore it to grocery stores, hunting, and everywhere else he could. That didn’t help his slowly tarnishing image, either. It wasn’t until he was beaten by Randy Couture that he was back in the doghouse for good. Losing again to legend Minotauro Nogueira was the nail in the coffin. He never recovered.

Dear God in heaven this was brutal. Ronda dominated everyone she touched in the cage. It became so one sided in each fight that fans became restless for a challenger that could dethrone her. Despite Rousey being responsible for women’s MMA in the UFC she was crapped on by fans when Holly Holm knocked her out and took her belt. Now, fans claim she is ducking everyone from Cyborg Santos to Godzilla and it’s a shame. She is once in a lifetime athlete.

Here is the single biggest fall from grace in MMA history. Tito was the face of the UFC forever and solely responsible for keeping it alive during its rebirth under the Zuffa banner. His fight with Ken Shamrock was legendary and garnered a whole lot of attention for the company. He was having his name chanted like Rocky Balboa and fans adored him, until….Chuck Liddell happened. Once knock out artist Liddell came along he was lined up for a title shot quickly, but Ortiz cited that they never agreed to fight because they were friends. Chuck denied this and after Ortiz continued to refuse a fight with him they coaxed him out of hiding to face Randy Couture – who promptly took his belt. When he did fight Liddell he got smashed in highlight reel fashion after an eye poke, but the damage was done. He lost so many fights that it was a miracle he stayed as long as he did. Ortiz never regained the popularity he once had and became the butt of many jokes despite his previous accomplishments and contributions.

Looking for games? Check out these casino games for your entertainment pleasure.