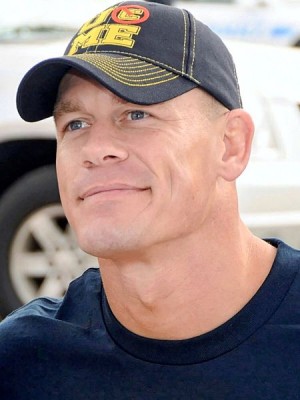 Cena’s been a mainstay on WWE TV for far too long. His character has turned in to a shameless marketing tool that comes to the ring wearing a merchandise booth. Because he sells so many items that kids gobble up the WWE continues to rely on him as the main draw for their product, and will continue for too many years to count. It’s no secret that HHH abuses his power to bury wrestlers like Daniel Bryan, CM Punk, Sting, and there is a continuing list that goes on even today. Sure, HHH put Daniel Bryan over at Wrestlemania 30, but it was only because the fans demanded it and would have crapped on the show without him in the main event. Still, he doesn’t hold a candle to the political nightmare named John Cena.

Cena is a heel, whether WWE likes it or not. They call him polarizing, but he’s not. He’s hated by so many more fans than the ones that like him and that’s fact. They push him as a fan favorite anyways, and what that does is pit him against true fan favorites. So, like a true politician, John takes his shovel and kills any momentum that they have, thus protecting his position.

Super Cena is the term for his character’s ability to get shot, hung, drawn and quartered, and burned alive and still come back and beat five people at the same time. This is the reason people get buried and that fans hate him.

Here are the top 5 burials that came from John Cena either from fear of losing his position, or just to make him look stronger than ever.

Zack Ryder busted his ass to get over with fans. His internet show became popular despite the cheesy Jersey Shore type gimmick. Fans chanted “We want Ryder” every chance they got and eventually WWE gave him to us. Rather than put him a feud for the Intercontinental title they put him in the main event scene with none other than John Cena. The story was stupid even by WWE standards. There was a love triangle with Eve Torres that did nothing for his career, but as stupid as that was it was nothing compared to Ryder losing to Cena before that.  John Cena personally derailed the Ryder Revolution.

WWE has a tendency to bring in guys as MONSTER heels and allow them to destroy everyone in their path not named John Cena. After Rusev crushed the others – here comes John Cena. Sensing that Rusev was in danger of approaching his position in the company backstage with the McMahons he lobbied to defeat Rusev, and he did. Rusev is now a part of the awful League of Nations. Cena strikes again.

This is the one that is unforgivable. Bray Wyatt exploded on the scene with his cult leader gimmick and the fans saw gold around his waist almost instantly. Unfortunately, like Stone Cold says “ah-ahhh”. John Cena would handle all three of the Wyatts to the point of ridiculousness that he stole all of their thunder and ensured that they would not overtake his position in the company. Want proof? John Cena and The Rock made them look like fools at Wrestlemania 32 even though the 100,000 fans cheered Wyatt to the nth degree. Cena buried Wyatt again in front of the biggest audience ever. Way to go John.

One of the most beloved wrestlers on the WWE roster had an intellectual gimmick that shouldn’t have been accepted by the internet wrestling community hardcore fans, but it was. Sandow had charisma, looks, and in ring skills. He was the total package. Enter John Cena. The night after Damien Sandow won the Money in The Bank briefcase he gets beat by Cena and made to look weak. Now he is a high paid jobber. John Cena is the worst.

Finally…this one is the worst.

In one of the craziest, most head scratching bookings of all time John Cena defeated the entire Nexus stable. A bunch of promising developmental wrestlers were called up to the WWE and they started destroying everyone in their path, wrestler or not. He realized how popular this group was getting and instead of helping them achieve greatness he buried them and not only did he bury them, apparently he fought tooth and nail to defeat them. He refused to lose according to MANY sources and finally won out. Later, he would admit it was stupid, but it’s too late John. You ruined so many careers and one of the greatest groups in recent memory.

Here are the people John Cena, most of the time at the same time. Source: Wikipedia

The Rules of the Ring: What WWE Wrestlers Have to Follow