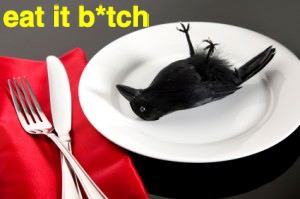 When you’re wrong you’re wrong and it’s best to admit it. In my ever so brilliant UFC on FOX 19: Teixeira vs. Evans Betting Odds & Free Pick article last week I predicted Tecia Torres would likely grind out another decision win over Rose Namajunas in their co-main event rematch over the weekend.

Boy was I wrong. Namajunas showed signs of true progression and she also looked thicker, stronger, as the Milwaukee native prepares to turn 24 in June. I thought Rose’s best chance to win would be via submission but I underestimated her evolution in striking and wrestling and putting it altogether.

Currently ranked No. 3 in the UFC women’s strawweight division, Thug Rose could be fighting the winner of the Joanna Jedrzejczyk vs. Claudia Gadelha title fight that takes place in July. Although, she may want to stay busy and face someone else in the Top 10. Maybe a Carla Esparza rematch.

Mentally Rose reminds me of Joan of Arc, maybe because I always loved that movie The Legend of Billie Jean starring Helen Slater.

Strong women who don’t give a f*ck, cut their hair and focus on what’s important. For Billie Jean it was something about a stolen scooter, for Rose it was about redemption for her first professional loss on July 13, 2013 to one Tecia Torres at Invicta FC 6 in Kansas City.

Now Rose has returned the favor and given Tecia her first professional loss after going an impressive 7-0 since turning pro in 2012. Everyone plateaus at some point, reaches a limit, needs a lesson. It’s the only way to progress. Sometimes when one continues to lose it’s a sign things need to shift, in MMA, maybe a shift into retirement. Or in round one, if things aren’t working, a shift is needed in strategy.

Torres couldn’t find the pattern, didn’t have the key to the new evolved Rose Namajunas. It is evident mentally Rose is in a different space and different place. Recognizable faces Pat Barry and Trevor Wittman are still in her corner, but her experience has deepened. The move back to Colorado and Grudge Training Center was the right one and the proof is in the fruit that the tree just produced. Ya feel me.

A title fight is definitely in Rose’s future at some point and the idea of seeing her facing Jedrzejczyk somewhere down the road is also intriguing. It’s hard not imagine that belt wrapped around her waist before all is said and done.