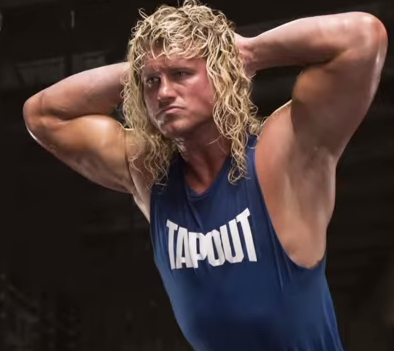 WWE is struggling right now. They have wasted so much time developing new stars and focusing on the old that they are scrambling to make things right financially.  The ratings are in decline, but the future is bright for stars like AJ Styles, Cesaro, and Bray Wyatt.  They have banked their future on someone fans are rejecting in Roman Reigns.  They have other options but are missing the boat. Here are five WWE superstars that have been underutilized or misused.

One of the most gifted performers on the roster.  He was given a gimmick, or character to play that had promised. It all went wrong when they pushed him from NXT  The main roster and his character became even more over-the-top and cheesy.  Accompanied by a valet he had a ridiculous fuzzy selfie stick that could take minutes away from valuable in ring time.  Breeze is 0-49  this year and they don’t have the confidence in him, or at least reportedly Vince does not have the confidence to use him correctly.

Given one of the dumbest names in WWE history he was able to rise above with his in ring ability and natural charisma.  The potential to be a main event wrestler is there, but they pushed him too soon and that set him back. He is also outspoken on social media and punished for that regularly.

Granted, he is not a main event caliber wrestler, but he is a solid Mid card performer who they have never known how to use. He has a natural heel ability, and the ability to entertain as a good guy. He is thrust in to a motley crew of other superstars they do not know what to do with called the Social Outcasts. Hopefully someone will wake up and give him a chance.

This is one misuse that is almost unforgivable. Wade’s talent is undeniable. He is gifted as an in ring performer and on the microphone. He is leaving WWE because Vince once again gave him a decent gimmick in Bad News Barrett – and then, just as it’s about to break out – buried him deep in the roster.

At this year’s Wrestlemania he won the Intercontinental title out of left field. Fans were happy, and faith in WWE’s chances of recognizing talent was at an all time high. Then, the next night, he lost it to The Miz and the air went out of the room.  His gimmick is absolutely stupid and the Whoo Whoo Whoo chants aren’t helping. It also didn’t help that they thrust Ryder in one of the dumbest feuds of all time with captain of the burial team, John Cena. Cena took his shovel and dug deep down to put Ryder out of his spotlight.

Who did we miss?