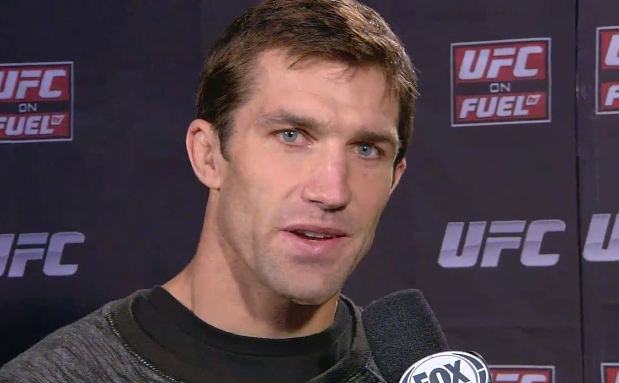 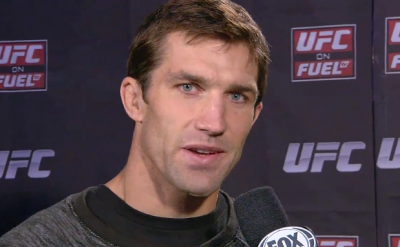 Luke Rockhold finally showed the world he was top flight when he crushed Chris Weidman for the UFC middleweight championship. Before that he trounced a man who just scored his biggest upset by beating Anderson Silva, and possibly claimed a shot at Luke’s gold. That man is Michael Bisping, but Rockhold isn’t exactly pumped about a rematch with the Brit.

Rockhold spoke with MMAJunkie at the UFC 2 release party and here’s what he had to say about Bisping:

I don’t know. It’d be fun to build the fight up, and it’d be fun to shut him up. It always is. Is he ready for it? I don’t know. Bisping is a tough dude. He’s a tough dude, and he goes in there and fights his ass off. He took a beating in that fight. I can understand how he could win, but he took a beating in that fight. So we’ll see. I almost think a rematch would be kind of necessary.

Another guy rumored to be next in line is #4 ranked Yoel Romero who failed a drug test and that doesn’t sit well with Luke. Here’s what he had to say about Romero and his reputation:

I mean, we all have our suspicions and what’s what. But Yoel is just, like, the guy doesn’t do himself any favors. Any fight he has he goes out there and doesn’t perform, and then he shoots himself in the foot on the mic. This is a business. I’m not going to waste time in my life to fight someone for pennies. Go out there and earn it. Make the people want it. I would love to shut you down. Then he gets tested for something. It’s laughable at this point. Who knows if he’s clean or not, if it’s a tainted supplement. We all know the truth. Come back because I’ll beat that ass too.

No official word on his next opponent despite Weidman rumor persistence, and if there was something mentioned it has not been 100% confirmed.