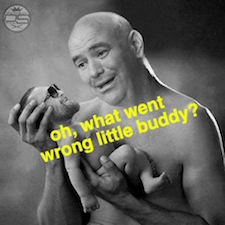 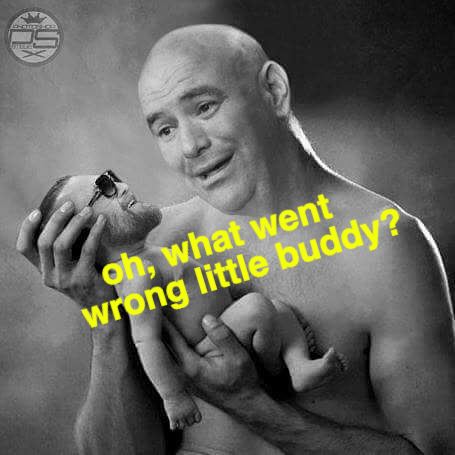 My instincts about the Nate Diaz vs. Conor McGregor fight proved to be correct. The range, height, weight and ground game of Diaz was too much for the outspoken Irishman who went from Mystic Mac to gettin Stockton slapped. Who went from proverbial ivory towers to a suite at Circus Circus, figuratively speaking of course.

It seems so right now that Rafael dos Anjos pulled out of his scheduled 155-pound championship fight with McGregor.

It also seems right that Holly Holm knocked out Ronda Rousey, because it gave one of female MMA’s greatest unsung heroes Miesha Tate a chance to get the shine she’s always deserved. And by shine I mean a fat check and a gold belt.

And respect. Respect for the dues she’s paid and if it hasn’t become clear by now — all MMA champions will suffer defeat. Because mixed martial arts focuses on so many various types of training it seems to activate a certain quality in certain individuals where they will keep coming back and keep coming back… sure thoughts of retirement and doubt may enter… but Tate hung in there, stayed the course. Now look at her…

The ones who got beat and walked away… it seems like it would eat one away.

Now Rousey can look to her nemesis Tate for inspiration on how to come back from a loss. There is light after darkness when we stay the course. Silence the Hollywood call Rousey, find your center and get back to work, you have a date with a Cupcake in your future should you choose to accept it.

These three ladies Rousey, Tate and Holm each create a whole system of MMA excellence. Rousey with her judo which she should re-embrace in my humble opinion. Tate with her wrestling and Holm with her kickboxing. Imagine if there was one woman with all their qualities. She would be like a god. So that can’t be allowed. Instead we get three very unique and talented fighters who will now share the spotlight.

Now up-and-coming female fighters and females in general have three ladies with three very different personalities to look to for inspiration.

Also, now it seems possible the 135-pound women’s title could change hands indefinitely between these three, each pushing each other to better themselves. Miesha came very close to beating Ronda in the past. Now Ronda sees how Miesha defeated Holm. And Holm knows what she needs to work on. This is great for the evolution of women’s MMA and the sport as a whole.

It was great to be an MMA fan this weekend that’s for sure. Now we get a couple weeks break from the UFC as they are back in Australia with Hunt vs. Mir on the 20th.

However, there’s plenty of regional action going on this weekend. Go support your local MMA community. Nate “The Train” Landwehr is fighting UFC vet Diego Saraiva in the “Night of Explosions” main event in my area. So I’ll be at that one. Enjoy your week!