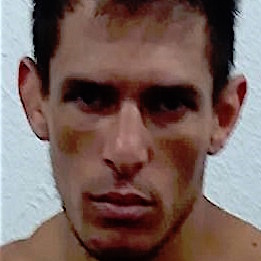 Thirty-year-old Brazilian finisher Anderson “Berinja” dos Santos (13-4) will make his debut on U.S. soil at Titan FC 37 on March 4 in Ridgefield, Wash. when he faces unbeaten Ricky Simon (7-0) in front of his home crowd for the 135-pound title. The card will stream live on UFC Fight Pass.

Berinja has an 85% finishing rate having stopped 4 opponents via knockout and 7 via submission. He’s a Chute Boxe fighter who has been competing professionally in Brazil since 2011 and has now found himself in a prime position headed for the big show. One or two impressive performances inside the Titan cage and we could see Berinja in the UFC Octagon.

Please tell us about who you are fighting and what promotion?

I am fighting March 4, at Titan FC for the bantamweight title. The fight is against undefeated Ricky Simon, it’s the main event.

Ricky is a great athlete, and very tough. There is a reason why he is undefeated. March 4, I will be doing my job and will bring the belt back to Brazil.

My preparation has been great, I’m training hard to achieve this great dream.

I’m training in kickboxing gym with great athletes like Thomas Almeida, Lucas Martins and Felipe Efrain. I have been training Jiu Jitsu at Gold Team.

What are you looking forward to, about fighting outside of Brazil?

I am excited about the travel, and fighting on a big event. It is also very good that everyone can watch me from Brazil on UFC Fight Pass.

What are you NOT looking forward to about fighting outside of Brazil?

The flight is very long, and sometime the food and weather are hard to get use to. Also not being able to fight in front of the Brazilian fans.

Anyone you want to thank or shout out?

I would love to thank the TITAN for giving me this opportunity. Thanks to my coach Jorge Patino Macaco and my Manager Wade Hampel for believing in me.

What are you going to do with the money if you win?

With the money I earn will buy a gift for my daughter, and my wife, and pay a lot of bills that I have (ha ha ha). I’m Anderson Berinja, I am very excited for my fight for TITAN FC belt. My opponent is a great athlete, I have respect for him and I’m going to do my job and win it.