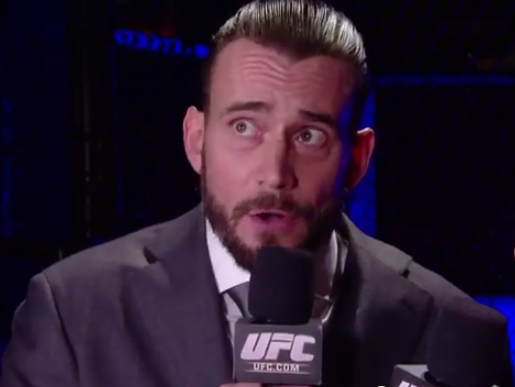 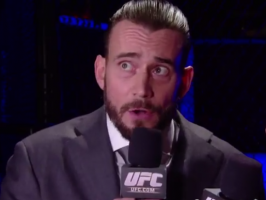 It doesn’t appear CM Punk will ever fight in the UFC at the moment. The former professional wrestler will have his UFC debut delayed again because of back surgery according to MMAFighting.com.

Punk learned that he would be fighting UFC newcomer Mickey Gall who won his UFC debut this past Saturday in exciting fashion. Punk was ringside at that fight and apparently already knew he needed back surgery, but still got into the cage and did a little promo with Gall anyways.

“My back has always bugged me,” Punk told MMAFighting.com. “Figured it was just wrestling sh*t. Turns out it was.

“It got bad enough to the point where I couldn’t do anything the week before I went to train with the New Jersey Devils last month. One day I could manage, the next day I couldn’t. I’ve been in agony for almost a month. Chiropractor, acupuncture, massage, cryotherapy … nothing worked.”

Punk will be 38 years old later this year, and back surgery is nothing to sneeze at to begin with. He signed with the UFC in December 2014 and hasn’t even gotten close to fighting in the UFC.

I wonder if it’ll ever happen at this point?