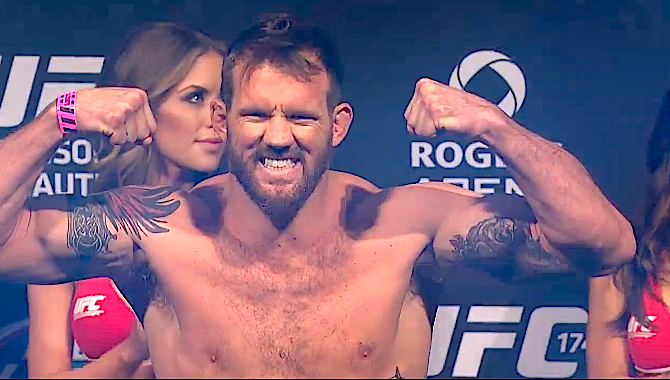 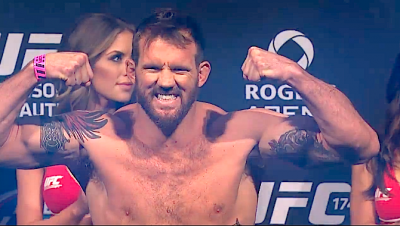 Ryan Bader steps in to the cage with Anthony Johnson a week from Saturday and many fans believe he is going to be obliterated by his monstrous opponent. Bader’s safety isn’t an issue for him. In fact he told MMA Noise in an interview that he thinks he has found Johnson’s weakness and the key to victory.

He’s tough. He comes out and goes a million miles per hour. He has a one-track mind, to come out there and hit you as hard as he can — with everything he’s got — in the first couple rounds, try to get you out of there. My assessment on that? He doesn’t want to go three, five rounds. Where he’s been beat, are the guys that slow him down, wrestle him, put him in bad positions, tire him out until he doesn’t want to be in there anymore. That’s what I do. I think this is a great fight for me.

His thought is to take Johnson deep in to the last few minutes where he plans to get the finish. Ryan isn’t known to finish opponents and to do so with Rumble might shut some detractors up.

What do you think? Can “Darth” pull it off or will Anthony Johnson take his head off like a lot of fans think? Let us know what you think. Share this article and share your predictions for this fight. It will be interesting to hear what you and your friends have to say and how your predictions stack up against ours.