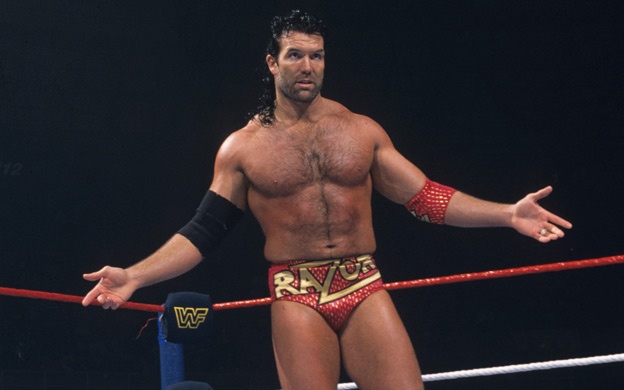 Scott Hall aka Razor Ramon recently spoke with Justin Barrasso of Sports Illustrated’s Extra Mustard website. He touched on a number of things, but the first and foremost was his career.

WWE Hall of Famer Scott Hall recently spoke with Justin Barrasso of Sports Illustrated’s Extra Mustard website. The full interview is at this link. Below are highlights:

Sting’s match at Wrestlemania 31 may have been the most hyped appearance in WWE history. Fans had waited years to see Sting in a WWE ring…it happened…he lost. Hall gives his side.

I was there and obviously involved in his match at WrestleMania last year. We’re rehearsing the match in Cali last year at Levi Stadium, and it’s the Kliq and the New Age Outlaws out there, and we all know each other. And then there’s Sting, who doesn’t know anybody. He’s an outsider. I just think he never felt comfortable there. Being hurt was answered prayer for him–just let it end.

You need to remember that Vince is never going to go with something he didn’t create. But we didn’t get anything done at the rehearsal the night before, so WrestleMania day, there were tents in the parking lot set up with rings for rehearsal. So we’re all in there again, and I’m next to Hulk on the ring apron and Triple H is going over the match and then he goes, ‘OK, he’ll break the sledgehammer, then I’ll hit him with the sledgehammer, and cover him, 1-2-3.’ I looked at Hulk, and Hulk looked at me, and I was thinking, ‘Sting, what kind of lawyer do you have, bro? You’re coming in the door doing a job? You weren’t even guaranteed to go over?’ That’s Vince just reminding you who won, even if he’s going to make money the other way.

Fans, including myself, have been subjected to a non stop assault by Vince McMahon to make Roman Reigns a star. He looks good, but his ring work and mic skills have been universally panned for the most part. Scott broke it down.

He’s getting a big push, but I just wish his work supported it. I don’t know, but I saw him commit to it and really go old-school and earn it in the fans’ eyes. The building that he won the Rumble in last year in Philly was the same building where he won the title and was cheered. In a year’s time, that’s pretty good.

This year’s Wrestlemania rumor is that Steve Austin may play a part. Guaranteed he will be booked accordingly.