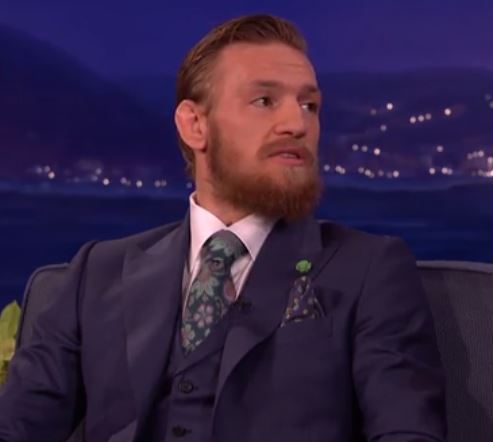 Former UFC featherweight champion Jose Aldo thinks that’s the case since Conor McGregor is getting the opportunity to become the first UFC champion in two weight divisions at the same time.

I won’t accept another fight if it’s not for the belt. When we signed the contract, the intention was that the winner would fight at lightweight, but we would need to abandon the featherweight belt. That was the plan, that’s what they told us. If we fought at lightweight, win or lose, and then had the opportunity to fight at featherweight again, it would be for the title immediately. I think they gave him too much power and he’s playing now, calling the shots more than the others. I think that’s wrong, no one ever did that. It doesn’t matter if it’s about money or not at this point, what matters is show who calls the shots, who’s the boss, and not just a piece of s–t talking about things you see. He doesn’t deserve to be where he is. I’ve always respected all the merits, but he had more luck than merits.”

Aldo seems a bit bitter towards the end of that statement. It could be attributed to ‘luck’ that the punch that knocked him out landed like it did, but the fact of the matter is the punch landed. However, I do agree to an extent that the UFC is playing a dangerous game by allowing Conor McGregor to fight for the lightweight title while holding the featherweight title. It just doesn’t make sense because of the likelihood of one or both divisions being held hostage by one fighter. I mean McGregor MIGHT be able to defend both titles once per year, and that’s if he avoided getting injured or some sort.

Also, should McGregor defeat Rafael dos Anjos, he was literally have the UFC over a barrel. This UFC 197 PPV will do ridiculous numbers, largely because McGregor is on the card and will make a huge amount of money. What about the fighters that are complaining about fighter pay like Aljamain Sterling? What about fighters like Frankie Edgar that have earned a title shot having to wait forever to get their shot, or risk losing the title fight by taking another fight just so he can put food on his table? How will other champions began to negotiate with the UFC after seeing how McGregor has navigated the process? How will dos Anjos respond to the UFC if he smokes McGregor in spectacular fashion?

It’ll be interesting to see how this all plays out. McGregor is currently a betting underdog and dos Anjos is a hell of a fighter, so if McGregor is successful, he’ll definitely have earned it.