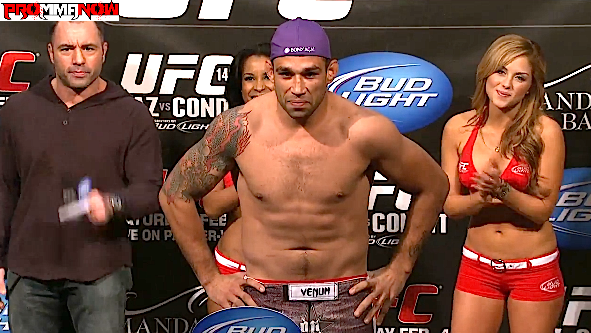 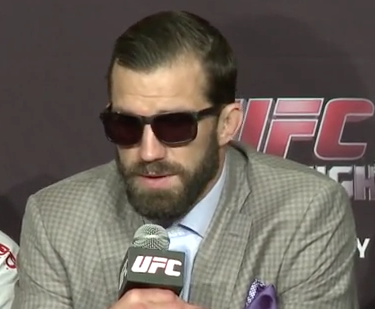 Luke Rockhold said the following to MMAJunkie radio and it stirred up a poop storm on the internet forums.

We have an old Strikeforce beef. Fabricio didn’t really have respect for people at the time, I think it was in St. Louis. I’m not going to get into it, throw him under the bus too bad, but he pretty much was being a piece of shit that night and I demanded some respect. I was a young Strikeforce challenger at the time. And he was like, ‘Who the fuck are you?’ And he treated me like a piece of shit. He was just being a dick and I stood up or myself and he tried to act like I was being the bad guy. And ever since, he just kind of said some shit and I don’t really have respect for the guy. I respect him as a fighter, he’s tough and he lays it out there. He’s earned respect in that manner, but outside of that, meh. I’d fight him in a heartbeat. I think I’d beat him, too. Easy…

Then Werdum said this in response:

Everyone in the fight business knows I’m not arrogant at all. He is the one who is quite arrogant, actually. He said he would fight me, huh? The problem is that I only fight men, not wimps. He should ask Velasquez if he has any chance against me. I don’t know what happened, but honestly, I never really cared for Rockhold. I don’t like people who are full of themselves. If you’re the man, you don’t have to show it to other people. He has his head up his ass. I’ve never really talked to him. When I fought Velasquez, he told me some sh*t before the fight. After I won, I passed by him and asked him ‘Where’s the fake belt now?’ and all he said was ‘good job.

Did Rockhold bite off more than he can chew or should Werdum be afraid?