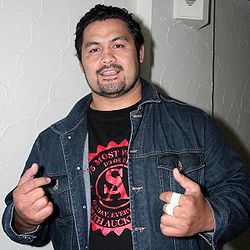 UFC officials have announced that heavyweights Mark Hunt and Frank Mir will headline a UFC Fight Night event in Australia on March 20. The event will take place in Brisbine at the Brisbine Entertainment Centre.

Hunt (11-10-1) is coming off a first round TKO win over Antonio “Bigfoot” Silva at UFC 193. That fight took place in Australia as well.

Mir (18-10) is coming off a unanimous decision loss against Andrei Arlovski in his last outing at UFC 191. Mir had won back-to-back fights via TKO going into that bout as well as two performance of the night awards.

An announcement regarding if this event will air on FOX Sports 1 or UFC Fight Pass has not been made at this time.