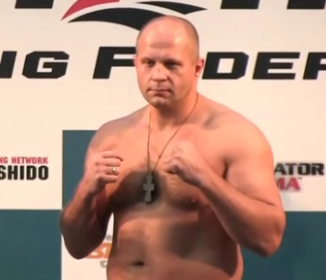 Fedor Emelianenko will fight for the first time in over three years when he faces Jaideep Singh at RIZIN on New Year’s Eve. Jaideep has only had a couple of MMA fights but is a very experienced and successful kickboxer. Fedor will certainly have the advantage on the ground, but standing, it may not be a cakewalk for the Last Emperor. Jaideep’s height and reach could be a problem for the Russian. But Fedor fighting on New Year’s Eve in Japan is quite nostalgic, and whether he’s fighting Hong-Man Choi, Zuluzinho or Jaideep Singh, all seems right with the world for a few moments as MMA’s most legendary icon rings in the New Year by doing what he does best, entertaining the fans.