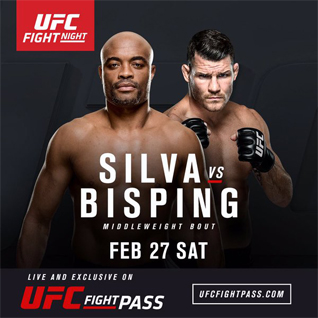 The UFC has announced a middleweight main event between former champion Anderson “The Spider” Silva and “The Count” Michael Bisping for UFC Fight Night 83 on Feb. 27 in London. Both fighters took part in a media conference call on Tuesday and the full recording is now available (call begins at about 2-minute mark).