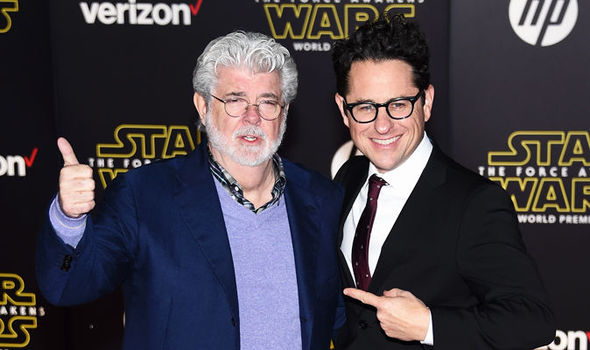 Star Wars: The Force Awakens is a massive success. In our previous Star Wars article we told you that the movie has hit $1.1B since the 17th worldwide. I’ve seen the movie three times and it occurred to me that the opening line of the movie may have been Abrams slapping Lucas in the face. The prequels were a huge disappointment and only the most die hard of fans can defend them with great effort to being just mediocre. What are we talking about again? I got sidetracked bashing the prequels again.

The opening line is “This will begin to make things right“…. Nothing about trade disputes or blockades in there just pure awesomeness. Why is it in there? We think because George Lucas tried to spoil major plot points out of bitterness from being shut out of the story writing of his own creation. Thank you JJ Abrams and Disney for that. Crap, I got sidetracked again.

Here’s the video in question. Lucas asks slyly about Anakin’s grandchildren knowing full well at this point that the plot revolved around Kylo Ren being Han Solo’s son, and hinting what we suspected already – Rey is probably the daughter of Luke.

Having seen the movie we now know Han and Leia had a child named Ben who became Kylo Ren when he was seduced to the dark side. We think this was a jerk move by a soured Lucas who had to watch as another director took his franchise and made one hell of a movie from his ideas where he could not. Dangit, prequel talk again.

The Force Awakens is a tremendously fun film that is sitting at a 94% on Rotten Tomatoes. We can only guess that the 6% are Lucas fanboys.

JJ Abrams is the man.