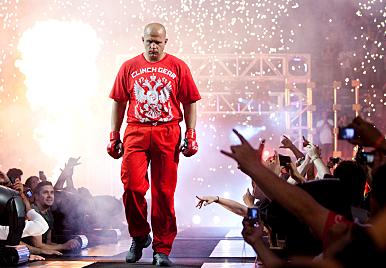 Oh shit. The Last Emperor is back and who is he going to fight? Bobby Lashley? Tim Sylvia? Minowaman? Does it really matter? We know what’s up. But it’s Fedor Emelianenko in Japan on New Year’s Eve and what the hell else are you gonna do? You pop off a few fireworks, drink some champagne, then watch the myth come alive again for a few moments. Relive the glory of a bygone era of the once great Emperor with all the pomp and circumstance.

Here’s what we know:

The press conference will be streamed live on www.rizinff.com on Friday, Dec. 18 Noon (TOKYO TIME). To determine the time in the U.S. or wherever you are click here. At the time of this posting it’s late Thursday night in Tokyo, so it will be today (Thursday evening) in U.S.

RIZIN FF Chairman Nobuyuki Sakakibara, Fedor Emelianenko’s opponent and more will be in attendance at the press conference.

And just in case you forgot…