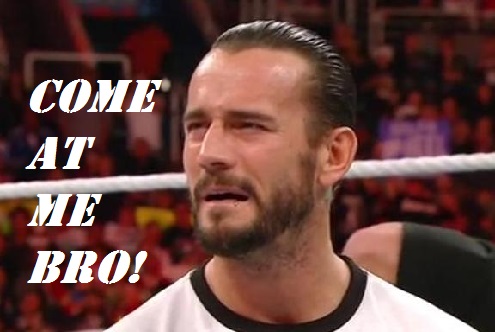 Dana White launched Dana White: Looking For a Fight, a YouTube show pilot that has White, his childhood friend Nick “The Tooth”, and former UFC Ultimate Fighter Matt Serra, traveling and looking for up and coming talent. The UFC President was a guest on Off The Record with Michael Landsberg. They discussed Phil Brooks aka CM Punk’s imminent appearance in a UFC cage.

It’s the first time this guy has ever trained to fight. The guy has never wrestled. He’s professional wrestled but he’s never wrestled.” White did confirm that Brooks will fight next year.

If they wait much longer the interest in Brooks could fade away and he could flop. At least with popularity a loss is recoverable with the fans.