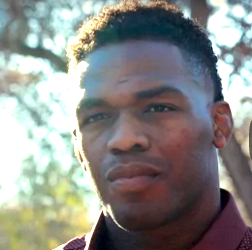 Former UFC champ Jon “Bones” Jones reveals all in this new 1-hour interview with Ariel Helwani. Jones talks about the night of partying that led to the hit-and-run incident that put the best mixed martial arts fighter in the world on the run and cost him his UFC light heavyweight championship.

Jones seems open and honest about what went down that night that injured a pregnant lady and made him consider retirement. He told UFC brass he wasn’t interested in fighting and wanted to take a break for awhile. They told him they were going to strip him of the title and he was okay with that. Jones said releasing the belt set him free and today he feels great.

It genuinely seems the pound-for-pound king regrets his actions on that one fateful night, he realizes the party lifestyle is probably not the best choice for a pro athlete and even he has limits. Jones also reveals he did heavy partying before his fight with Alexander Gustafsson and that he took him lightly.

The former champ said Ronda Rousey has been very supportive of him during this time and even offered him to stay at her beach house in Malibu to get away. Conor McGregor has been supportive, as well as his teammates, coaches and management team. Jones said he doesn’t drink or smoke weed anymore and he’s happy to be “set free” from it. He also discussed the cocaine incident with the NSAC, the Vitor Belfort incident as first reported by Deadspin and his apparent resentment toward the UFC over certain issues including that Chael Sonnen incident.

The film crew also traveled to court-ordered community service with Jones as he talked to school kids in Albuquerque about consequences of actions and how wrong choices can set you back from achieving your dreams.

In short, Jones is growing up. He’s maturing. He’s just doing it under intense pressure in front of millions of fans with millions of dollars in his bank account. He said he’s “preparing for a major comeback” and we have no reason to doubt him. Nothing has been signed but he’s training to fight Daniel Cormier in April and he definitely intends to move up to heavyweight in time.

At the end of the interview, Jones gives this statement directly to his fans:

“I’m only human. I’ve definitely made a lot of mistakes. I genuinely want to say sorry to all the people who believe in me so much that I have let down. I know I’ve let down a lot of fans who have kids that look up to me. I’ve let down a lot of fans across the world and I’m sorry. I know what I did I can never take back. But I ask that you guys give me a chance to redeem myself and to show ultimately your kids that you can do anything in life and that you can come back from anything no matter what you’ve done, that you can always pick your head back up and change things for the better, and I’m excited to do that in the future.”

“Someone told me, hey John you don’t deserve a second chance. Second chances should be earned, not given. And that resonated with me. I was living like an idiot. I was being an asshole at that point in my life and I made some big mistakes. But I see that now. I see it pretty clearly. And I’m excited to show you how great I can be. How great you can be despite what’s happened in our past.”