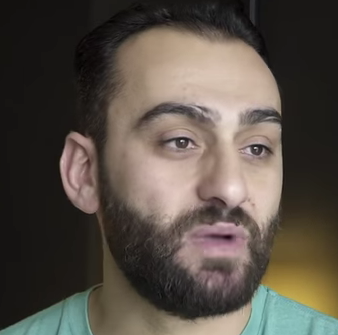 Now is as good a time as any to talk about Coach Edmond Tarverdyan I suppose.  The Glendale Fighting Club boxing coach helped guide Ronda Rousey to six UFC world title defenses before getting derailed by former boxing champion Holly Holm at UFC 193 over the weekend.

A terrible strategy in the first round that was seemingly encouraged in between rounds led to a second round head kick knockout that will play on highlight reels ad infinitum. What we saw was the difference between a good and improving boxer against a world class boxer who knew how to use her counter-striking and reach to pick Rousey apart. It was pretty brutal to watch because it was so one-sided. Rousey had her moments, but all-in-all it was a systematic beatdown.

What role does Edmond play in all this? Is he to blame? Rousey’s Mom definitely doesn’t like him and doesn’t think he’s a good guy. Miesha Tate pointed out on MMAJunkie Radio on Monday that all the fighters that have come to train with Edmond since Ronda has been there have now been knocked out. And this video is a tribute to that fact, although it does leave out The Four Horsewomen who also saw apparent downgrades in their careers, at least from the outside looking in, after hooking up with Edmond.

Could Ronda have had all the success inside the Octagon she’s had if she’d trained with a different coach? There are those who believe it is her hard work, dedication and talent that got her to where she is, and the coach is incidental. … For me, after careful consideration, I think it doesn’t matter at this point what Edmond has been or is to Ronda. The point is, we are where we are. The point is, where does Ronda go from here. Whatever Edmond is or isn’t, Ronda cares about him, and it has been he and her up until now. He obviously was the right coach for her up until the Holly Holm fight because she was winning. But does he have what it takes to study Holly Holm and give Ronda Rousey the correct equation to solve nearly two decades of Mike Winkeljohn ingrained muscle memory? And if that equation could be solved by Rousey, how long would it take under Edmond’s tutelage? Six months? A year?

My guess is he’s not the man for this job. … The problem is, I’m not sure there IS anyone for that job? Nothing I saw this past Saturday night gives me any hope or indication, not even a hint, that Ronda Rousey is ever going to beat Holly Holm. I hope I’m wrong. I loved the Ronda Rousey mythos. The legend of the unbeatable brash-talking UFC queen who ruled with an iron armbar. It was great for the sport. But like Miesha Tate before her, I believe that Rousey has run into that particular style of opponent that is her kryptonite. For Tate, it was Rousey. For Rousey, it appears to be Holm. We can’t say that for certain until we do see a rematch. But, that fight was not close.

What do you think, should Rousey ditch the coach?